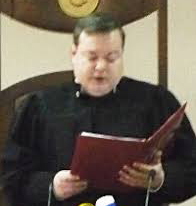 In 2012, Zhitnikov, as a judge of the North Caucasian District Military Court, examined the case against the counterintelligence officer of South Ossetia and mafia boss Oleg Gagiev, nicknamed Malysh. Members of his gang were suspected of dozens of contract killings. Seven of them were proved, including the assassination of two mayors of Vladikavkaz and a few senior officers of the Ministry of Internal Affairs who were investigating the activities of the group. The jury found Malysh guilty. Zhitnikov, in turn, sentenced him to life imprisonment and a fine of 1 million rubles. Almost immediately after the verdict, the judge was transferred to work in Moscow, in the Moscow District Military Court. The lawyers of the convicts declared the verdict unfair.

In 2016-2017, Yuri Zhitnikov led the trial on the murder of the opposition politician Boris Nemtsov.

Profaning justice, the imposition of knowingly unjust sentences, concealing the executors of the political murder.

The investigation of the most high-profile political murder in the modern history of Russia was exclusively formal and did not aim to find out the real names of the paymasters and perpetrators of the crime. Judge Zhitnikov conducted the trial incorrectly and tried to make an indictment as sooner as possible, despite the defense's arguments about the innocence of the defendants and the use of torture against them.

Judge Zhitnikov refused to investigate the video surveillance cameras from the entrance of the house at Veernaya St., 3, where the accused Zaur Dadaev, Anzor Gubashev, and Beslan Shavanov, who died during the detention, lived in the last days before the murder of Nemtsov. As follows from these records, at the time of the murder of Nemtsov, February 27 at 11:31 PM, the alleged perpetrator of the murder, Dadaev, was at home. The camera recorded that he entered the porch at 4:45 PM. Later, the man in the Dadaev’s jacket, who is visible only from the back, left the apartment block only at 12:40 AM the next day, that is, more than an hour after the politician’s death. The accused was accompanied by Ruslan Mukhudinov, whom the prosecution called the paymaster of the murder. Later, at about 2 AM on the 28th, Dadaev returned to the apartment block with some people. The camera did not record anyone like Dadaev who left the house from 4:45 PM to 12:40 AM. As the lawyer noted, the billing data shows that late on the evening of February 27th Dadaev did not call from the downtown where Nemtsov died but from Veernaya Street, located in Matveevsky district in western Moscow. Judge Zhitnikov on January 12, 2017, decided to exclude the video from the case. He referred to the recording seizure protocol, which stated that the camera was on preventive maintenance and periodically turned off. The billing data, according to Zhitnikov, was not significant.

On January 18, 2017, after the victim’s side raised the question of where the videos of the killing from the Kremlin surveillance cameras disappeared, Judge Zhitnikov adjourned the hearing to February 1, explaining this by technical problems in the Moscow Military District Court. The investigation ignored the disappearance of the records, and Zhitnikov had no interest to question such sabotage of investigators. Before the break, Dadaev’s lawyers managed to file a petition to add the large photographic posters depicting the area of the Bolshoi Moskvoretsky Bridge indicating the location of the surveillance cameras to the case. According to the defense, these materials would allow the jury to more clearly and vividly imagine the place where the crime was committed. The state prosecution strongly objected to this. As a result, Judge Zhitnikov allowed the posters to be attached to the case but denied showing them to the jury.

On April 12, 2017, the lawyers of the accused unsuccessfully demanded that the judge of the Moscow District Military Court, Yuri Zhitnikov, be challenged because of his refusal to examine the camera records on Veernaya Street, which confirm the alibi of Zaur Dadaev.

The judge’s refusal to use key evidence in the examination of the case, which questions the position of the prosecution, speaks of the imitative nature of the investigation itself. The defendants had been already appointed guilty before the start of the trial and no other arguments on the part of the accused and the victims could change the course of the process. As one of the accused said, “The judge defends the interests of the authorities, Putinism, Stalinism. You admit what the FSB has dictated to you. You are systematically violating our rights.” It’s hard to disagree. “The judge convinces the jury of the guilt of the defendants in advance,” said Anzor Gubashev’s lawyer Musa Khadisov. The court wanted to interrogate neither Kadyrov’s accomplice Ruslan Geremeyev, deputy commander of the North battalion, nor Ramzan Kadyrov himself, nor any the leaders of the federal security agencies, whose competence was to maintain security and the rule of law near the Kremlin.

Despite the guilty verdict passed in July 2017, the murder of Nemtsov remains unsolved. The PACE report of May 28, 2019, stateв that the truth in the case of Nemtsov’s murder has not yet been established: “It is obvious that the official version reflected in the verdict is based on serious errors of the investigation and trial and does not correspond to the available evidence on many fundamental issues.” It seems that for some reason the current regime in the Kremlin doesn’t want to shed light on the truth about the murder of Boris. And while the ruling group holds power, one can hardly hope for an objective investigation of this and many other cases. Not only opposition activists face injustice and corruption in the courts. Citizens of Russia face the impunity of the authorities, police violence, and bias of the court almost every day. Boris Nemtsov fought against such injustice and died. But even after his death, the Putin regime is afraid of the truth which he took with him to the grave.