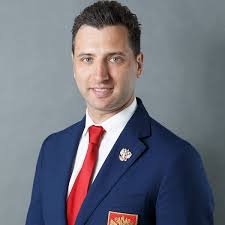 Advisor to the Chairman of the Management Board of Gazprombank, Chairman of the board of Langvik Capital, First Vice-President of Russian Ice Hockey Federation, son of Arkady Rotenberg.

ROTENBERG, Roman Borisovich (b. 1981 in Leningrad) emigrated to Finland with his parents in 1991. In 2000, Roman entered the European Business School in London and then received a master's degree in entrepreneurial management. In 2005, Roman Rotenberg returned to Russia. In 2006, he received a position in the Gazprom Export communications department, a 100% subsidiary of Gazprom. In 2007, Gazprom Export CEO Alexander Medvedev began developing the Kontinental Hockey League (KHL) plan. He created KHL Marketing to manage the league’s commercial contracts. In 2008, Roman Rotenberg became deputy general director of the company. In 2009, he became an adviser to the Chairman of the Board of Gazprombank. There, he “attracted large customers.”

Roman is the son and nephew of two persons included in the US and EU sanctions lists of Boris and Arkady Rotenberg. British citizenship allowed Roman Rotenberg to avoid EU sanctions and provided the Rotenberg brothers with the opportunity to transfer their European assets to Roman.

In October 2014, Roman Rotenberg received a share of Boris and Arkady Rotenberg in the Langvik Capital holding. It includes the European assets of the Rotenberg family: the Hartwall Arena in Helsinki, a stake in the Jokerit hockey club, a hotel and a congress hall near Helsinki.