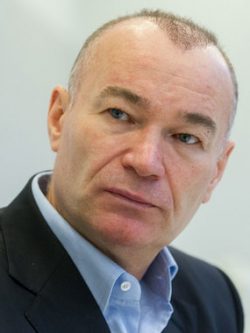 Chairman of the Board of Sheremetyevo International Airport

PONOMARENKO, Alexander Anatolyevich (b. 1964 in Belogorsk, Ukraine) served in the Soviet army in 1983-1985. After demobilization, he was a professional boxer, having won the championship of Ukraine. In 1988, he graduated from the Physics Department of Simferopol State University. In 1997, he graduated from the State Academy of Management in Moscow. He began his business career back in 1987. Together with his partner Alexander Skorobogatko, he produced building materials, plastic bags, and perfumes in the Crimea. Together with a partner, he moved to Moscow in 1991, where they entered the banking business. In 1993, he became a co-owner of Yalosbank, which went bankrupt three years later. Then they established the Russian General Bank. Later, as a result of the purchase of several retail banks, they created Investsberbank.

In 1998, Ponomarenko became vice president of Nikoil Bank and, together with Skorobogatko, began investing in the Novorossiysk Commercial Sea Port (NCSP). By 2006, they controlled a 63.36% stake in NCSP, and in November 2007, the owners conducted an IPO on the London Stock Exchange, raising $930 million. In 2008, the owners of a 10% stake in NCSP were the companies of Arkady Rotenberg, one of Vladimir Putin’s close friends. In early 2011, Ponomarenko and Skorobogatko sold a controlling stake in NCSP to a consortium of Transneft and the Summa Group. Since 2003, Alexander Ponomarenko, along with the owner of AFK Sistema Vladimir Yevtushenkov, has become one of the main beneficiaries of the Olimp outdoor advertising agency, which has signed a large multi-year contract with the Moscow government for advertising in the city’s metro.

In 2004-2008, Alexander Ponomarenko was president of the TPS Investment Company. Later it was transformed into the TPS Real Estate, and in 2012, into the TPS Real Estate Holding, 66.6% of which belonged to a trust acting in the interests of Ponomarenko and Skorobogatko, and 33.3% - to Arkady Rotenberg. In 2013, partners established the TPS Avia Group joint project for investment in the infrastructure of the Sheremetyevo International Airport. This fund established a subsidiary holding, Sheremetyevo Holding LLC, and Alexander Ponomarenko became its chairman. In February 2016, by an order of the Russian government, Sheremetyevo Holding received a 68.44% stake in Sheremetyevo Airport, while Ponomarenko took over as chairman of the board of directors of the airport operator.

Alexander Ponomarev owns Russian and Cypriot passports and a fortune of $3.2 billion (2019). In 2018, the U.S. Treasury included him in the Kremlin’s list of Russian oligarchs and officials close to Vladimir Putin.

Alexander Ponomarenko and his business partner Alexander Skorobogatko, who was twice elected to the State Duma from the LDPR and United Russia, began as athletes and participants of the notorious Crimean Salem gang in the late 1980s and early 1990s. As such, they were mentioned by the journalist Konstantin Chernetsov in his book, The Gangsters’ Crimea. According to him, this gang was under the control of the local KGB and participated in the entire spectrum of criminal activity on the peninsula. It is noteworthy that several politicians and businessmen came out of it, including the head of the occupation administration of the Russia-annexed Crimea, Sergei Aksenov, nicknamed Goblin. According to Chernetsov, the boxer Ponomarenko had the nickname Ponomar (Sexton).

When, after their appearance in Moscow, they found themselves in the leadership of Yalosbank, more than two trillion depositors’ rubles disappeared from it. Moscow Mayor Luzhkov demanded to institute criminal proceedings for fraud, but the friends managed to escape justice. At the same time, the fate of the three founders of Yalosbank was unenviable: Babek Seruf was poisoned, Alexander Goltsov was shot dead in Moscow, and Roman Frumson was found dead in a villa in Spain. The investigation into these killings has come to a standstill.

The close cooperation of Ponomarenko-Skorobogatko with one of the closest associates of Vladimir Putin, Arkady Rotenberg, is also peculiar. Together with Rotenberg, they gained more than $2 billion in transactions with the Novorossiysk Commercial Sea Port, and in 2011 Ponomarenko acquired a hotel complex near Gelendzhik, better known as Putin's Palace. Businessman Sergei Kolesnikov, who claimed that luxury construction is underway for Putin’s personal use, insists that reselling the property will not change its intended purpose.

Ponomarenko belongs to the same environment as the members of the Lake cooperative and shareholders of Rossiya Bank (the inner circle of Vladimir Putin). Therefore, his proximity to the ruling elite of Russia is not surprising. The conglomerate of Chekists, bandits, corrupt officials and oligarchs today is a single organism of power in Putin's Russia. The country, its natural resources, and the population is no more than a source of income and self-satisfaction for this organism.