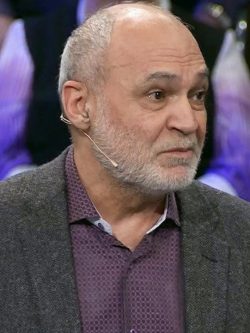 In 1992-1993, he was the head of the Center for the Study of Socio-Political Problems and Interstate Relations of the CIS Institute of International Political and Economic Studies of the Russian Academy of Sciences. In 1993, he became a member of the Presidential Council. In December 1994, at the invitation of an academician Shatalin, President of the International Fund for Economic and Social Reforms, he became vice president of this fund. Then, he was appointed chief expert of the Committee on CIS Affairs and Relations with Compatriots of the State Duma of the Russian Federation.

In 1995, he became the editor-in-chief of the Moya Gazeta weekly. From 1995 to 2007, and since 2015, he has been a professor at the Department of Comparative Political Science at MGIMO. From 2008 to 2015, he headed the New York office of the Institute for Democracy and Cooperation, a Russian GONGO. He is a member of the board of the Union of Armenians of Russia.

Andranik Migranyan acquired the status of an international political scientist during the Brezhnev stagnation years when he wrote about the political and ideological problems of the West. During Perestroika, he promoted the development of civil society within the framework of socialism, in the 1990s, he was a democrat, under early Putin became a supporter of the authoritarian modernization, and in the last Putin’s terms, he became an ardent guardian of dictatorship. As an expert, he is regularly invited to propaganda talk shows on Russian television, but he also sometimes speaks in Western institutions.

In 2008, he headed the New York office of the Institute for Democracy and Cooperation, a Russian GONGO. This organization has been monitoring human rights violations in the United States. With openly Russian money, the pro-Kremlin political scientist Migranyan taught Americans democracy and human rights. The absurdity of the existence of such an institution became apparent after the adoption of a series of repressive laws in Russia, the illegal annexation of Crimea, and the armed intervention of Russia in eastern Ukraine, and in 2015, it was closed.

Like many other pro-Kremlin experts, he lost his mask of respectability after the Ukrainian crisis. Speaking at Columbia University in 2014, he blamed the West for the destabilization of Ukraine. Following the Kremlin narrative, he claimed that the US wants to “tear Ukraine from Russia”. In an April 2014 article in Izvestia, he tried to build the apologetics of the annexation of Crimea by an analogy with Hitler’s territorial acquisitions: “You must distinguish Hitler before 1939 and Hitler after 1939. The fact is that while Hitler was engaged in collecting lands, and... if he had been famous only for having united Germany with Austria, the Sudetenland with Germany, Memel with Germany without a single drop of blood, actually completing what Bismarck had failed, and if Hitler had stopped there, he would have remained in the history of his country as a politician of the highest class.” According to Migranyan, Putin is the “good” Hitler.

In the same article, he attacked MGIMO professor Andrei Zubov, who condemned the Russian authorities for their anti-Ukrainian adventures and who was dismissed from the Institute in this regard. “Zubov... shits where he and his family were provided with opportunities to get a good education,” Migranyan said. He also attacked some educational institutions that tolerate different opinions, as the Russian School of Economics and the Higher School of Economics.

Migranyan also does not favor his fellow Armenian compatriots, if they oppose the corrupt pro-Kremlin elites. In April 2018, during mass anti-government protests in Armenia, Andranik Migranyan said to the protesters: “This oсhlos, mob, and thugs will dictate how to live in the country?! A shame! I am ashamed that I am Armenian in such a case!” In Armenia, Migranyan is regularly criticized for exalting Putin and keeping silent about close Russian-Turkish cooperation.