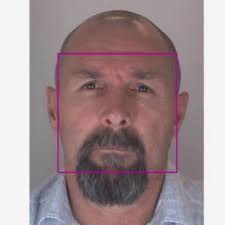 Born on August 10, 1965, in the village of Kenestobe, Chimkent region (Kazakhstan). He later moved to Irkutsk, and since 2009, he lived in the village Razvilka of the Moscow region. The last passport in the name of Krasikov Vadim Nikolaevich expired in March 2009. In 2010, upon reaching the age of 45, he was issued an internal ID.

Implementation of political terror and contract killings in the interests of the leadership of the Russian Federation.

Krasikov was a suspect in the 2013 murder of businessman Albert Nazranov. Currently, the materials of the criminal case with the mention of Krasikov are absent in the central police database, despite numerous references to the crime and the search for the suspect in the archives. It is noteworthy that when declared on the all-Russian wanted list, Krasikov's documents were submitted with distorted dates of birth. The criminal investigation into the Moscow murder was not closed, and no other persons were involved in the case. Almost all information about the existence of the suspect Vadim Krasikov has been removed from Russian state databases.

In late August 2019, former Chechen field commander Zelimkhan Khangoshvili was shot dead in Berlin. Following his murder, a Russian was detained with a passport in the name of Vadim Sokolov. But according to a joint investigation by Bellingcat, The Insider, and Der Spiegel, this is a fictitious name. According to them, the suspect's name is Vadim Nikolaevich Krasikov and he may be involved in a contract murder committed in Moscow in 2013.

June 19, 2013
Albert Nazranov, a businessman from Kabardino-Balkaria, was killed in Moscow. The murder of Nazranov was in many ways similar to the crime in Berlin - a killer in a cap and a black tracksuit approached his victim on a bicycle, however, seeing him, Nazranov tried to push the criminal away and run away. The killer caught up with him and shot the businessman at close range. A few minutes later, he fled the scene of the crime on his bicycle. On the same day, the LifeNews portal published a video of the murder from CCTV cameras.

The year 2014
The main suspect was Vadim Nikolaevich Krasikov (b. 08/10/1965), who was put on the Russian federal and international wanted list. Later, the National Central Bureau of Interpol in Moscow issued a warrant for his arrest.

June - July 2015
Vadim Krasikov was excluded from the Russian federal wanted list on June 26, followed by the withdrawal of an Interpol warrant.

September 3, 2015
Krasikov received an internal Russian passport in the name of Vadim Andreevich Sokolov. Noteworthy is the atypical series and number of the passport - it was not possible to find other passports with similar numbers in the databases. In the Russian federal database of passports, available to law enforcement officials, Sokolov's record is marked with a certain flag, which indicates that the person is protected by the state (the suspected Russian GRU officers “Petrov” and “Boshirov” had similar marks). Next to Sokolov's surname, it reads: “If you receive a request, immediately contact by phone *****.” According to the source, the mark was made by FSB officers. Sokolov's record does not contain Form No. 1P (Application for the Issue (Replacement) of a Passport of a Citizen of the Russian Federation), which is mandatory for all passports, must be completed by the applicant manually and approved by an official. This indicates that Sokolov's internal passport was used as a cover document.

23 July 2019
Sokolov was assigned a TIN. The taxpayer number remains unchanged throughout life. Thus, according to the document, until the age of 48, he could not be officially employed. The address of Sokolov's residence in Bryansk, listed on the TIN certificate, appears to be fictitious. It follows from the state register of real estate that Sokolov's apartment does not have an owner or tenant. The register states that “no data is available,” but neighboring apartments have owners. The investigative group Dossier went to St. Red Partizan, 13, apt. 5 in Bryansk, where Vadim Sokolov was registered. An elderly man opened the door and said that he did not know Vadim Sokolov and flatly refused to continue the conversation. Sokolov's “neighbors” were also unable to identify him when they were shown his photograph. All this testifies to the high probability that the apartment in Bryansk belongs to state authorities and is used as a safe house or a cover address.

July 29, 2019
Sokolov submitted a visa application to the French Visa Center through the Visa Voyage travel agency, registered in Shushary, Leningrad Region. A travel agency employee, using the e-mail voronova.***@mail.ru, booked tickets for Sokolov from St. Petersburg to Paris, as well as a room at the Pratic Hotel. Both reservations were later canceled. The travel agency provides the option of obtaining a “turnkey” visa, which allows one not to physically be present at the visa center if the biometric data was previously submitted. According to a travel agency employee, Sokolov did not personally submit documents to the company.

July 30, 2019
Sokolov received a Schengen visa. Considering that it took only one day to review the documents, it is clear that the French consulate did not conduct the check properly.

August 17, 2019
Sokolov-Krasikov flew from Moscow to Paris with an old-style passport (valid for 5 years). It was issued on July 18 of the same year by the Russian MIA Administration for Bryansk. The document indicates the date of birth of the suspect - August 20, 1970, which differs from the real date of birth of Krasikov (08/10/1965). It was not possible to find information about such a person in the database of Russian passports.

August 23, 2019
According to the relatives of the deceased, Zelimkhan Khangoshvili left the house an hour before Friday prayer. He went to the opposite side of the mosque to meet with an unknown person. According to a source close to Khangoshvili, a day before the murder, he warned that some kind of meeting was to take place in the park near his house. Presumably, when Khangoshvili approached the designated place, Sokolov-Krasikov, who rode up on a bicycle, fired a shot in the spine and two shots in the head.

Identifying The Berlin Bicycle Assassin: From Moscow to Berlin (Part 1)