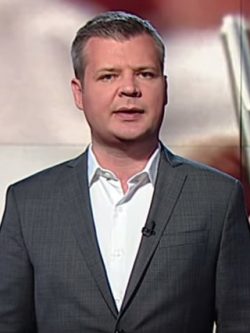 At the moment, it is difficult to find any open data on the life and work of Alexei Kazakov on the network before the start of his cooperation with the All-Russian State Television and Radio Broadcasting Company. It is known that since at least 2014 he worked as a correspondent for the Rossiya-24 TV channel from Donetsk occupied by illegal armed groups. After an almost late break, he "became famous" for his provocations at the first Buddha Forum of Free Russia in March 2016, and since the beginning of 2017, every day at 22:00, he called the propaganda broadcast "Vesti" on the TV channel "Russia 24", as well as a video blog on YouTube.

Public support for Russian military aggression against Ukraine. Alexey Kazakov is included in the report "1500 warmongers" compiled by the Free Russia Forum. The report contains the names of Russian public figures, military commanders, members of the parliament, propagandists, artists and athletes who have publicly spoken out in support of Putin's aggression or are directly involved in it. The Free Russia Forum is seeking sanctions against them in the European Union.