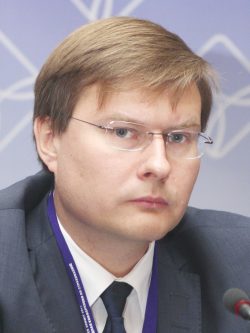 President of ALROSA; son of Sergey Ivanov, a close associate of Vladimir Putin

IVANOV, Sergey Sergeyevich (b. 1980 in Moscow) was born in the family of a KGB officer Sergey Borisovich Ivanov, a colleague and longtime friend of Vladimir Putin. In 2001, he graduated from MGIMO as an economist, and in 2002, as a financier. By that time, his father had already become Minister of Defense and the young man had no problems with employment.

The first place of work of Ivanov Jr. was the State Investment Company, where he worked as a leading specialist in attracting investments. At that time, the company was already going through hard times, there were rumors about dubious operations with investments in the assets of Guta Bank and other Russian companies. However, when the organization was dissolved in 2003, Sergey Ivanov Jr. already worked at Gazprom as an expert on international projects. His career was rapidly gaining momentum, and from 2005 to 2011, he was already Vice President, later First Vice President, and in February 2010, at the age of 29, he became Deputy Chairman of the Board of Gazprombank.

On April 5, 2011, he was appointed head of the board of the SOGAZ insurance company controlled by Rossiya Bank (known as the Bank of the President’s Friends). In 2011, he served as Chairman of the Supervisory Board of the Russian Agricultural Bank. He was the Senior Vice President of Sberbank of Russia from April 2016 to March 2017. In March 2017, Prime Minister Dmitry Medvedev appointed Sergei Ivanov Jr. about the President of ALROSA diamond company. Noteworthy, that Alrosa produces 95% of Russian and one-third of the world's rough diamonds. Sergey Ivanov Jr. is a member of the Board of Directors of Gazprombank, Rosneftegaz, Gazfond, Sberbank Asset Management, Sberbank’s Pension Fund, Sberbank Insurance, Sberbank Life Insurance.

Inconsistency with his posts, nepotism, negligence.

Sergei Ivanov Jr. is one of the most successful top managers in Russia thanks to his father’s relations with Putin. State-owned banks, state-owned Gazprom, and state-owned diamond corporation — the portfolio of Ivanov Jr. consists entirely of the most profitable areas free from the free-market competition. Given the example of Ivanov Jr., we observe the return to feudalism in Putin’s Russia.

After the son of the former head of the Presidential Administration headed the diamond mining company, various accidents and emergencies there became more frequent. In August 2017, a major accident occurred at the Mir mine in Yakutia: water poured from the spent quarry, leaving 151 people trapped. Eight of the miners died. The miners themselves and the former ALROSA top manager Yuri Doinikov spoke about numerous safety violations in the diamond fields and their concealment by Ivanov Jr. subordinates. In their opinion, Sergey Ivanov’s employees carried out drilling operations on the surface of the pillar (a part of the mineral deposits that are left untouched to protect against possible water breakthroughs), while “its integrity should in no case be violated until the very end of mining.” The former top manager suggested that this was done to get diamonds at the lowest cost.

On May 24, 2018, ALROSA dumped waste into the Daldyn River. On May 28, a fire occurred at the processing plant No. 12 of the Udachninsky GOK, more than 500 people were evacuated. On July 11, an explosion occurred at the Udachny mine, and a worker died. On August 17 of the same year, the industrial dams of Alrosa in the Mirny district of Yakutia were not able to contain industrial water from the tailings dump, and it poured into the rivers of Yakutia, first into Irelyakh, then into Malaya Boatobiya, which, in turn, flows into Vilyuy. The Ministry of Ecology, Nature Management and Forestry of Yakutia discovered the ions of iron, copper, and manganese in these rivers in addition to pollution by suspended solids. Residents of Yakutia call the river water pollution with waste from diamond mining an environmental disaster. It is noteworthy that the father of the head of the state-owned company holds the post of the special representative of the president on environmental issues.

The appointment of the son of one of Putin's closest associates to the head of a state corporation suggests that the ruling clan intends to retain power as a guarantee of its security and impunity for as long as possible. The concentration of power in the hands of a narrow group of people, its inheritance and the priority of loyalty over professionalism leads to a loss of feedback from the governed, to the withering away of ways to respond to current challenges. We would like the future process of withering away of neofeudalism and the transition to a modern democratic republic in Russia to happen as less painful and as irrevocable as possible.