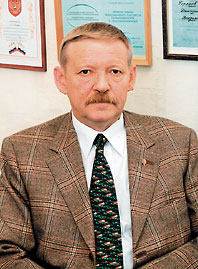 A former KGB colonel, a close friend of Vladimir Putin

GORELOV, Dmitry Vladimirovich (b. 1948) is one of Putin’s associates involved in corruption schemes and criminal connections. Born in Moscow, in 1973 he graduated from the Leningrad Military Medical Academy. Since 1977, he worked in the department of international relations of the General Directorate of Health of Leningrad, and also was a member of the KGB, rising to the rank of colonel. In 1989, Dmitry Gorelov, together with Leningrad biophysicist Sergei Kolesnikov, began working in the medical equipment business. In 1991, he created the company Petromed that imported medical equipment in partnership with the Committee on External Relations of the St. Petersburg government, which was chaired by Vladimir Putin. In 1996, he became a co-founder of CJSC Biotechnotronic Consulting.

In the early 2000s, he headed the Petromed Holding and became a shareholder (12.6%) of Rossiya Bank, known as the Bank of Putin’s friends. In 2006, Gorelov, along with Nikolai Shamalov (father of Putin's former son-in-law) acquired a controlling stake in Vyborg Shipbuilding Plant (VSZ). In June 2000, by the Decree of the President of Russia, he was awarded the honorary title “Honored Health Worker of the Russian Federation”. His son Vasily Gorelov is the general director of Rosinvest LLC, a co-owner of the Vyborg Shipyard.

Like other friends and partners of Vladimir Putin from the gangster Petersburg times, Gorelov grew his well-being sharply with the election of Putin to the president. In the Russian Forbes rating of the richest businessmen of Russia in 2011, Dmitry Gorelov’s fortune was estimated at $500 million. Gorelov drew attention to himself in 2011, when it turned out that Putin’s luxurious palace near Gelendzhik was built with money intended for the purchase of tomography scanners for Russian hospitals.

According to documents provided by former partner of Putin and Gorelov, Sergey Kolesnikov, Nikolai Shamalov and Dmitry Gorelov used the assets of Petromed, which were transferred to offshore companies in the Virgin Islands and Panama, intended for the purchase of medical equipment for Russian hospitals to finance the transactions of Bank Rossiya, in particular, the purchase of Gazprom shares, the acquisition of Gazprom Media holding and the Sogaz insurance company.

In 2005, Vladimir Putin personally announced the start of healthcare reform. According to it, a large-scale purchase of expensive medical equipment, in particular, tomography scanners, was to be carried out. As it turned out, government agencies bought medical equipment at the expense of the federal budget at excessively high prices. A Reuters investigation in 2014 revealed a pattern of embezzlement of taxpayers money: medical equipment was supplied to the government agencies by Petromed, which, in turn, purchased it from a British company Greathill. The ultimate owners of Greathill were also Shamalov and Gorelov. It is noteworthy that Greathill also did not produce medical equipment, but purchased it from Siemens, at the doubled prices. Note that Shamalov served as Siemens regional director in St. Petersburg. “They sold at least $195 million worth of equipment to the government, sending a total of $84 million in revenue to Swiss accounts”. followed from bank records studied by Reuters. At least $48 million from these accounts ended up on the accounts of the company that was involved in the construction of Putin's palace.

Gorelov’s biography also included connections with organized crime. The General Director of the Vyborg Shipyard, co-owned by father and son Gorelovs, was Alexander Petrov, the righthand of the infamous mafia boss Ilya Traber, nicknamed ‘Antikvar’ and, presumably, a former killer from the Vyborg brigade of the Tambov organized crime group.

How Russian money flowed through banks in Europe