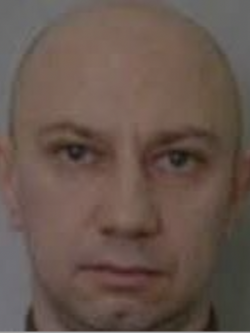 Demyahenko, Roman Yurievich (b. December 4, 1980) served in the fifth department of the FSB until 2011. According to Bellingcat, he retired back in 2011, at the age of 31, which implies early retirement (SWAT officers with the rank of captain retire at the age of 45; while higher ranks can serve up to 55 years). This can be attributed to either an injury during service or early retirement, for example, due to service in a war zone. According to former Russian intelligence officers, early retirement does not necessarily mean ending relations with the FSB; in fact, it can be used as a legend to provide cover for a valuable officer through an alibi of “civilian employment.”

In 2019, Demyanchenko worked for the Moscow company Vympel Assistance, officially owned by Eduard Bendersky. Bendersky is chairman of the Vympel Regional Association of Former Special Forces Officers, and himself is a former lieutenant colonel of the Vympel special forces training unit in Balashikha, near Moscow. Vympel Assistance is a branch of the Vympel Group that offers security-related services. Former employees of the Vympel Group called them a commercial cover for high-ranking FSB officials. Demyanchenko's declared monthly income for January 2019, based on leaked tax data for that month, was RUB 480,000 (€ 5,500).

Participation in contract killings in the interests of the Putin regime, including the assassination of Zelimkhan Khangoshvili in Berlin in 2019.

The Insider found out that Roman Demyanchenko had at least three different passports with different names and different dates of birth under which he traveled. Under his real name, he made movements only within Russia and traveled to the annexed Crimea. Over the past five years, Crimea and Krasnodar have been among the most common routes for Demyanchenko. Wagner's PMC headquarters are located in Krasnodar and supervised by the GRU and the FSB, investigative journalists remind.

With a passport issued in the name of Roman Davydov, Demyanchenko made only one foreign trip, to Berlin. During all other trips abroad, Demyanchenko presented a passport in the name of Roman Nikolaev, who was born on December 22, 1980. The Insider notes that the data on the routes of Demyanchenko made under the name of Nikolaev were “carefully cleaned” from the databases, but authors of the publication managed to find information about the trip of Nikolaev to the Czech Republic in 2015, to Latakia in Syria in 2016 and 2017 and to some other Middle Eastern countries.

As The Insider found out, Roman Demyanchenko made one of his trips to St. Petersburg, accompanied by three more people. The name of one of them is Andrey Sazontsev. It was previously established that he was a member of the Magnificent Seven, the Vympel FSB team, which went abroad undercover to conduct covert operations, including two assassinations in Istanbul in 2015. Two other Demyanchenko’s companions also work in the Vympel Group and are former officers of the FSB Spetsnaz.

From all this information, investigative journalists conclude that the murder of Zelimkhan Khangoshvili in Berlin was organized by the Vympel Group and the regional association of FSB Spetsnaz veterans at the direction of the FSB. According to Bellingcat, it logically follows that the Vympel Group, de facto performs the role of the FSB unit for committing contract killings abroad.