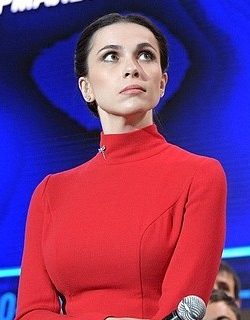 Russian journalist and TV presenter, laureate of the TEFI-2018 award. Supports military operations in Ukraine in reports on the Rossiya1 TV channel. In his telegram channel, "Nailya" comments on the ongoing events, accusing the West of double standards and actions against Russia.

Public support for Russian military aggression against Ukraine. Naila Asker-zade is included in the report "1500 warmongers" compiled by the Free Russia Forum. The report contains the names of Russian public figures, military commanders, members of the parliament, propagandists, artists and athletes who have publicly spoken out in support of Putin's aggression or are directly involved in it. The Free Russia Forum is seeking sanctions against them in the European Union.