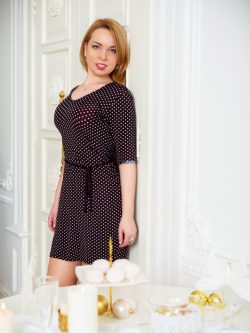 An employee of the African Association for Free Research and International Cooperation (AFRIC), director of the autonomous non-profit organization Center for Social and Cultural Initiatives.

Her name at the moment is Yulia (Iuliia) Berg (until 2020 - Afanasyeva), she was born on February 24, 1988. In 2010, she received a master's degree in political science at St. Petersburg State University, worked for the Rosbalt news agency, the environmental organization ECA (and was a member of the Environmental Council under the Governor of St. Petersburg). In 2014, Afanasyeva headed the “list of Oksana Dmitrieva” from the Fair Russia party in one of the districts in the municipal elections in St. Petersburg, and in 2015, she moderated the page of the Academy of Municipal Elections of the Fair Russia party in the social network VKontakte.

Involvement in corruption schemes, disinformation, and malicious operations in Africa and Europe in collaboration with the “troll factory” of Yevgeny Prigozhin.

Yulia Berg is listed as the director of the non-profit organization Center for Social and Cultural Initiatives. The shareholder of this company, Pyotr Bychkov, heads the informal headquarters of Prigozhin’s team in St. Petersburg, who are involved in all African projects (political strategists call this headquarters the “back office”). It is known that Yulia Berg was an employee of Yevgeny Prigozhin for at least until 2019. According to the US government, Berg led the AFRIC group for Prigozhin, which was supposedly an alliance of experts, but its main task was to carry out operations of influence.

Yulia Berg, among the team of Prigozhin's spin-doctors, provided “consulting support” at the parliamentary elections in South Africa. Yulia drew up documents entitled “The work plan of the mission in South Africa for April-May 2019.” The plan included the preparation of recommendations on “discrediting in public rhetoric” the leaders of the Democratic Alliance and Fighters for Economic Freedom, the creation and distribution of anti-opposition video content.

AFRIC, for which Berg (Afanasyeva) worked, acted as a front company for operations of influence in Africa, including by sponsoring fake election observation missions in Zimbabwe, Madagascar, Democratic Republic of Congo, South Africa, and Mozambique. Despite posing as an African-led initiative, AFRIC serves to spread Russian-preferred messages, often linked to disinformation.

According to the Dossier center’s investigation, AFRIC is closely connected with the structures of Yevgeny Prigozhin and, presumably, is coordinated from his St. Petersburg office. It was originally conceived as a “network of agents of influence” providing “expert assessments and opinions useful for Russia” in Africa. In particular, the association sent “election observers” to African countries, including ardent neo-Nazis and white supremacists, for example, AfD member Stefan Koiter.

Yevgeny Prigozhin's political strategists used election observation as a cover for electoral interference projects in Zimbabwe, Congo, South Africa, and Madagascar. In fact, they betted on one or more loyal candidates and participated in their campaigns.

Besides Africa, Yulia Berg was behind the organization of the Baltic Sea Region Strategic Dialogue conference. According to Berg herself, the British ADMIS Consultancy and the German BWA were partnership structures that acted as a cover for the organizers of the event, since “in the European countries, in particular in the Baltic States, there are certain difficulties at the political level with regard to everything that concerns Russia.” Over the years, these organizations have forged links with experts, politicians, and companies for holding events in Europe.

On April 15, 2021, US President Joe Biden signed a decree introducing new anti-Kremlin sanctions. Yulia Afanasyeva was also included in this black list. Yulia Afanasyeva (Berg) and her network are accused by the US government of influencing, disinformation, and “malicious operations in Africa and Europe.” The main blow, of course, was to the structures of Yevgeny Prigozhin, the Russian oligarch and confidant of President Vladimir Putin, who, among other things, is considered to be the sponsor of the infamous Vagner PMC and the Internet Research Agency troll factory in St. Petersburg. In 2016, it also made attempts to influence the presidential elections in the United States.