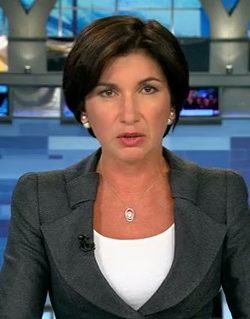 Irada Zeynalova became famous for distributing the infamous story about the “crucified boy” on July 13, 2014, on the newscast of Channel One. It was about a boy being crucified by “Ukrainian fascist punishers” in a town in eastern Ukraine after it had been taken back from the pro-Kremlin insurgents. Subsequently, it turned out that the whole story was fake and was intended to incite enmity against Ukraine.

Irada Zeynalova also publicly supported the annexation of Crimea and denied Russia's aggression in eastern Ukraine. In August 2014, the Ukrainian authorities included the propagandist in the sanctions list.

Debunking Lies and Stopping Fakes: Lessons from the Frontline