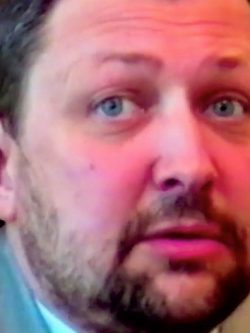 One of the leaders of the Tambov-Malyshev organized criminal group

TRABER, Ilya Ilyich (also known as Antiquarian) is a Russian businessman, mafia boss and an old friend of Vladimir Putin. Born in Omsk in 1950, he graduated from the Sevastopol Higher Naval School with the rank of lieutenant, served in the submarine fleet and was a member of the Communist Party. In 1980, he left the Armed Forces of the USSR and moved to Leningrad, where he worked as a bartender. In the late 1980s, he became involved in the purchase and resale of antiques. In December 1991, he headed the antiques commercial center “The Antiquarian”, created by the decision of the Executive Committee of the Leningrad City Council and got a monopoly right on trading antiques. Supposedly, he was the one who introduced Putin to Anatoly Sobchak, the Leningrad City Council speaker and later the mayor of St. Petersburg. Trading antiques brought him enough money to invest in the fuel and seaport industries. He was one of the founders of the Petersburg Fuel Company, the Petersburg Oil Terminal, and some others. He and his affiliates still own significant assets in Northwest Russia

Participating in the activities of the organized criminal group, contract killings, money laundering.

Unlike other leaders of the Tambov and Malyshev criminal groups who enjoyed the patronage of Putin, Traber is the only one with whom Putin publicly recognized an acquaintance. Given the role of his companies in the seizure of control over the St. Petersburg seaport by the Tambov criminal gang, he was associated with its leaders. His name was associated with the arson of the Leningradskaya Hotel and the assassination of Mikhail Manevich, head of the St. Petersburg City Property Management Committee in 1997. St. Petersburg seaport in the 1990s and early 2000s was a battlefield between criminal groups. Manevich, in particular, unsuccessfully tried to renegotiate the terms on which the port was privatized by the Traber and the companies affiliated with the Tambov criminal group.

In 2016, a Spanish court put Traber on the international wanted list on suspicion of money laundering and participation in a criminal conspiracy. According to the Spanish investigation, Ilya Traber, together with other leaders of the Tambov-Malyshev organized crime group, having settled in Spain in the mid-1990s, created a network of hundreds of companies that registered real estate and then repeatedly resold it at an increasing price through shell companies, controlled by the same people. That is, they sold them themselves for money laundering purposes. The Spanish investigative authorities believed that they laundered money from drug smuggling, arms trafficking, and “communications trafficking” in this way.

Traber appeared in telephone conversations by the leader of the Malyshev organized crime group Gennady Petrov, recorded by the Spanish security services. In particular, it turned out that Ilya Traber received income from smuggling in the border port of Vyborg and a large industrial port in Primorsk. Escaping the investigation in Western Europe, where he owned many luxury real estate properties, Traber returned to Russia.

Putin’s relationship with the Tambov and Malyshev organized criminal groups is confirmed not only by his friendship with Traber. The fact that the president of nuclear power has been firmly connected with mafia for several decades, says a lot about the nature of the current regime. It also explains his desire to strengthen personal power through dictatorship, as well as his aggressive and irrational foreign policy.