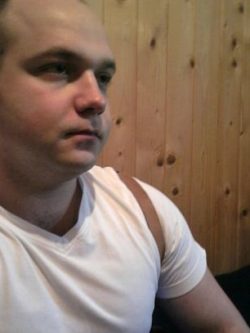 FSB investigator in the Penza region.

FSB investigator Tokarev became infamous for his direct involvement in the Network (Set’ or Penza) case when the FSB arrested anarchist airsoft gunmen and accused them of organizing the Set’ terrorist crime community. The suspects and their relatives complained of torture, and one of them - Dmitry Pchelintsev - accused the investigator Valery Tokarev of blackmail and coercion to testify. According to convict Ilya Shakursky, Tokarev knew about the torture suffered by the defendants and sanctioned them. Pchelintsev and Shakursky claimed that FSB officers tortured them with electric shock in the basement of the Penza pre-trial detention center. Another person involved in the case, Shishkin, did not report torture, however, doctors diagnosed him with a fracture of the lower wall of the eye socket, numerous bruises, and abrasions, and members of the Public Supervisory Commission who visited Shishkin in the pre-trial detention center recorded numerous marks on his body that looked like burns from electric wires.

Defendants in the case, young people - anarchists, keen on airsoft - were accused of creating the terrorist organization Network (Set’). According to investigators, they created cells in Penza, St. Petersburg, Moscow and Belarus to carry out terrorist attacks before the presidential elections in Russia and the World Cup, and thereby “rock the masses to further destabilize the political situation in the country,” and when “the hour H” will come, supposedly to raise an armed rebellion. Many of them said that they testified under torture or the threat of torture.

Pchelintsev’s father also said that Tokarev seized all the letters that were addressed to his son: “Dima complained to the lawyer that all his correspondence would inevitably hang out with the investigator Tokarev. A month already, if not more, no one receives letters from him, and he does not receive them. The investigator reads all the correspondence.” The accused also complained that the data on computers and smartphones seized from them had been changed after their arrest on behalf of Tokarev, which ultimately could aggravate their charges.

On February 10, 2020, a trio of judges from the Volga District Military Court, chaired by Judge Klubkov, sentenced seven Penza activists. They were all convicted of creating a terrorist organization. Dmitry Pchelintsev was sentenced to 18 years in prison, Ilya Shakursky to 16, Arman Sagynbaev to six, Andrei Chernov to 14, Vasily Kuksov to nine, Mikhail Kulkov to ten, Maxim Ivankin to 13 years in prison. The investigation and the court considered Dmitry Pchelintsev and Ilya Shakursky to be the organizers of the terrorist community. The rest, according to investigators, participated in the community.

By the way, it was not the first time Tokarev demonstrated his cruelty. Earlier, in 2010, he led the case of businessman Alexei Shmatko, who was later forced to emigrate to the UK. His successful company, which was engaged in the design and construction of boiler houses, including for Gazprom, attracted the attention of the FSB. The Chekists demanded to give them half of the business, to which Shmatko refused, after which he was arrested.

Testimony of Alexei Shmatko: “When in 2010 he led a criminal case against me, he was a lieutenant, this was the third case in his career. Now I do not know his titles and positions. As far as I understand, his dad is the head of the FSB investigative unit, but it’s hard to find out exactly, they are all classified. When they arrested me, they broke into my office and broke windows, - Tokarev shouted to the operatives: “Put handcuffs on him immediately!” He quickly wanted to create inconvenience and hurt me. I talked with other FSB officers, their attitude towards me was rather indifferent: if you got caught - it’s your fault. Tokarev specifically tried to make me feel bad.” <...> “The allegations that the persons involved in the current “terrorist case” were tortured in Penza seem to be plausible. I was tortured three times a week. Both in the pre-trial detention center and at Moscow Street, 72, in the FSB building. They didn’t beat me in the corridor of the pre-trial detention center, because the video was being recorded there. Inside the first building in the pre-trial detention center (the so-called “new building,” made of white brick) there is an “operative room” where there are no video cameras. They beat me there. They beat me with arms, legs, and batons. They demanded I give them half of my business. They beat me as they wanted. No one thought that traces could remain.”

The “Network” case demonstrated the drift of the Putin regime towards outright totalitarianism. The fictitious “terrorist organization,” confessions obtained after cruel tortures, huge imprisonment terms for a few meetings, and airsoft training. All of this recalls the infamous Stalinist trials against numerous “counter-revolutionary, spy, and terrorist organizations.” The impudent omnipotence and impunity of state security agencies remind us of the dark history of fascist regimes. The fate of those unfortunate, exhausted young people who will have to spend their best years in jail discredit the idea of a “hybrid” nature of the Putin regime and the hopes for its peaceful and evolutionary transformation.