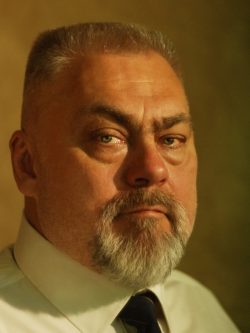 Associate Professor at Moscow State Pedagogical University, Center for the Study of Foreign Languages. Senior expert of the Center for Sociocultural Expertise.

Alexander Tarasov graduated in 1990 from the Moscow State Pedagogical Institute. Maurice Thorez with a degree in Foreign Languages with the qualification of Interpreter-Referent of English and German. In 1997, he graduated from the program at the International Space University (Strasbourg, France) and defended his master's thesis “Space activities and global security issues” for which he received a Master of Space Studies degree. In 2003 he defended his Ph.D. thesis “International cooperation in space after the Cold War and the interests of Russia” at the Diplomatic Academy of the Ministry of Foreign Affairs of the Russian Federation, specialty 23.00.04 “Political problems of international relations, global and regional development.” In 2006, he studied under the Leaders of the Future program at the Marshall Center (Garmisch-Partenkirchen, Germany).

Since 1990, he has worked at the Institute of Nuclear Energy Safety Problems (IPBRAE) of the Russian Academy of Sciences. Since 1992, he worked at the All-Union Research Institute of Testing Metrology and Standardization in Instrumentation (VNIIMISP). In 1996-1997 he studied at the International Space University (International Space University, Strasbourg, France). In 1997-2010 worked as a senior researcher at the Center for Global Problems of the Diplomatic Academy of the Ministry of Foreign Affairs of the Russian Federation. Russia. Since 2018, he has been working as an associate professor at the Directorate of Educational Programs at Moscow State Pedagogical University.

Fabrication of the evidence base for the implementation of political repression and suppression of freedom of conscience. Author of politically biased expert opinions in the cases of Memorial Human Rights Center, New Greatness movement, Jehovah's Witnesses, etc.

Translator Alexander Tarasov is one of several notorious authors of expert opinions in a number of high-profile politically motivated criminal cases in the last years of the Putin era. So, in 2012, Tarasov, together with the culturologist Batov, conducted a “psychological and linguistic study”, which formed the basis of the accusation under the article on hooliganism (Article 213 of the Criminal Code) against members of the Pussy Riot band Nadezhda Tolokonnikova, Maria Alyokhina, and Ekaterina Samutsevich for a punk prayer in Moscow’s Temple of Christ the Savior. The authors found on the video recording of the action “statements aimed at inciting hatred on the basis of attitude to religion” and “calls for disobedience to the authorities and the implementation of riots.” As a result, the court sentenced the group members to two years in prison each. In the case of Yekaterina Samutsevich, the real punishment was later changed to a suspended one. The investigative conclusion in the case of Pussy Riot was criticized by the European Court of Human Rights (ECHR), which called the quality of the experts' work unacceptable.

After that, Tarasov continued to defend the feelings of some believers and encroach on the freedom of conscience of others. In June 2015, a conflict broke out between Orthodox activists and residents of the Losinoostrovsky district of Moscow, who were protesting against the construction of a church on the site of a park. Orthodox activists from the Forty Sorokov movement provoked locals and often physically attacked them. In November 2016, security forces detained 13 protesting residents. They were interrogated in the case of unlawful obstruction of the activities of a religious organization (Part 3 of Article 148 of the Criminal Code) - according to the investigation, unidentified persons “in order to insult the religious feelings of believers illegally prevented the activities of the religious organization of the Russian Orthodox Church (MP) and the conduct of religious rites.” On behalf of the investigation, translator Tarasov and math teacher Natalya Kryukova conducted a psychological and linguistic examination; at the same time, they defined themselves in this study as “candidate of psychological sciences, doctor of cultural studies” and “kandidat of pedagogical sciences”, respectively. Andrey Rostovtsev, co-founder of Dissernet and defender of the park, pointed out that “Alexander Evgenievich Tarasov, Doctor of Cultural Studies, does not exist in nature, just like a kandidat of psychological sciences.”

In the spring of 2017, the Supreme Court recognized the Jehovah's Witnesses as an extremist organization and banned its activities in Russia. After that, across the country, criminal cases began to be initiated against adherents of the denomination for participation in a banned organization (Article 282.2 of the Criminal Code). According to Meduza's calculations, the Center for Sociocultural Expertise wrote more than 50 studies for criminal cases against Jehovah's Witnesses; Tarasov and Kryukova participated in each of them. These experts found signs of extremism even in the publication “Holy Scripture. New World Translation” - that is, in the Bible translated by the Jehovists.

In early August 2019, Vladislav Sinitsa, a 30-year-old manager from Lyubertsy near Moscow, was sentenced to five years in prison for his tweet inspired by the brutal crackdown on a peaceful protest against the illegal refusal to register independent candidates for the Moscow City Duma elections in the summer of 2019. The Presnensky District Court of Moscow found Sinitsa guilty of inciting hatred against law enforcement officers and their relatives. The basis for the guilty verdict was two examinations of his tweet. One of them, psychological and linguistic, was conducted by a translator Alexander Tarasov and the same math professor Natalia Kryukova. The Memorial Human Rights Center recognized Vladislav Sinitsa as a political prisoner.

But Tarasov, with his expert opinions, got to the Memorial. In 2021, he and the already mentioned Kryukova drew up a Research Report, which formed the basis of a lawsuit on the liquidation of the Human Rights Center. In the statement on the Memorial Human Rights Center, the teacher and translator came to the unanimous opinion that the materials of the human rights center “contain linguistic and psychological signs of justifying the activities of members of international terrorist organizations, as well as extremist organizations and members convicted by the court in accordance with the laws Russian Federation. The Council of Europe and US Secretary of State Anthony Blinken spoke in defense of the organization. On December 29, 2021, the Moscow City Court satisfied the claim of the Moscow Prosecutor's Office and decided to liquidate Russia’s oldest human rights organization.

Besides, Tarasov participated in politically biased examinations in the case of the New Greatness movement, in the case of Yulia Tsvetkova, a feminist artist from Komsomolsk-on-Amur, in the case of Valentin Sokolov about repost, and in the case against Agnessa Haikara, the author of a book about the history of repressed Finnish and Norwegian colonists who lived on the Kola Peninsula, the circulation of which was confiscated by the FSB as soon as it left the printing house. It is noteworthy that in the latter case, Tarasov and Kryukova recognized the forcible eviction of colonists from their places of permanent residence as historically justified and, in fact, justified the Stalinist deportations on a national basis.