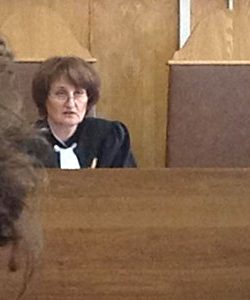 Federal criminal judge of the Khamovnichesky district court of Moscow.

In 2010, she passed a politically motivated verdict in absentia against the former general director of the Moscow Youth Palace (MDM) Pavel Zabelin in a trumped-up case instituted for refusing to give false testimonies against the Yukos management. Syrova sentenced him to 8 years in prison. When considering the case, she did not comply with elementary norms on the right to defense. Pavel Zabelin was granted political asylum in Estonia.

In 2012, she jailed three Pussy Riot members, Nadezhda Tolokonnikova, Maria Alyokhina, and Ekaterina Samutsevich, sentencing them to two years in prison for a protest performing in the Cathedral of Christ the Savior in Moscow.