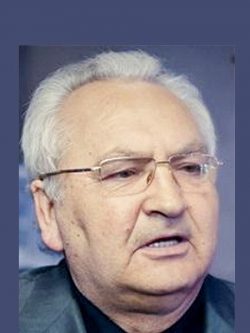 SHAMALOV, Nikolay Terentyevich (b. 1950) has been a long-time friend and associate of Vladimir Putin. In the early 1990s, they worked together at the Department of Foreign Economic Relations of the Committee on Foreign Relations at St. Petersburg City Hall. There, from 1993, he headed a program to equip medical institutions in St. Petersburg with Siemens AG equipment. Consequently, he represented Siemens AG in the North-West of Russia (2001-2008). Since 2004, he has been a shareholder of Rossiya Bank, known as the “bank of Putin’s friends.” Nikolay Shamalov has been the co-owner and Member of the Board of Vyborg Shipyard OJSC since 2006.

He is a former member of the Lake Dacha Cooperative, established on November 11, 1996, by Vladimir Putin and seven other shareholders.

Both of his sons, Yuri and Kirill, are billionaires who made their fortune by heading state-owned corporations and executing public procurement. Kirill Shamalov was married to Putin’s younger daughter, Katerina Tikhonova.