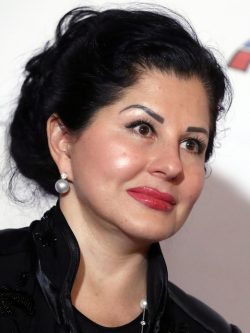 The ex-wife of Igor Sechin, President of the Equestrian Federation of Russia, the majority shareholder of Stankoflot

SECHINA, Marina Vladimirovna (b. 1962) graduated from St. Petersburg State University with a degree in economics. During her studies at the university, she met her future husband Igor Sechin, with whom she lived until their divorce in 2011. In the 1990s, she was engaged in a real estate business in St. Petersburg.

Currently, she heads the Equestrian Federation of Russia. She previously headed the Sustainable Development energy holding. She is a co-founder of several companies. In 2013, she became the owner of a 16.25% stake in RK-Telecom, a system integrator engaged in servicing law enforcement agencies and building networks for mobile operators. In 2013, she acquired 51% of Exact Partners Group and 49% of OHL-Rus Private Limited. Exact Partners Group participated in the preparation of the Winter Olympic Games in Sochi in 2014, and Rosneft was among its customers. Moreover, Marina Sechina owns a controlling stake in Stankoflot, a company that imports European machines for Rostec Corporation. Sechina owns the Vologda Agricultural Holding, as well as the Parity Vyatka. The former company produces poultry and dairy products. The latter specializes in the production of meat and canned food.

Being in the shadow of her ex-husband, who is considered the second most influential person in Russia after Putin, bored an energetic businesswoman, Marina Sechina. After a divorce in 2011, she decided to build her business empire, using the name of her ex-husband, which opens many doors and solves many problems. Although until 2011, Sechin reported on his wife's zero income in annual declarations, after the divorce, she began to intensively acquire shares in telecommunications, electricity, agricultural and development companies in Russia. The value of these companies' assets exceeded 55 million euros already in 2013.

In November 2017, Novaya Gazeta, citing documents from the Appleby Bermuda law firm received by the International Consortium of Investigative Journalists, wrote about S Holdings Ltd. registered for Marina Sechina in the Cayman Islands. According to the publication, the company was created by the Austrian businessman Julius Meinl, previously suspected fraud, to invest in development projects in Eastern Europe and Russia. Although Appleby’s files didn’t disclose how much money Sechina invested in Meinl’s project, Appleby’s presentation reported that the input sums from each external investor were from $40 to $80 million. The origin of such money from Marina Sechchina remains open.

In 2018, The Project publication found out that a year earlier, Sechina had captured the Vologda Agricultural Holding in a raider's way. With the help of a “squad of strong men - natives of the Caucasus,” she kept her business partner Vladimir Rutkovsky hostage for almost a week to get stakes in the management of the poultry farm. As a result of the “negotiations,” Rutkovsky and another business partner Sergey Lobanov transferred their shares in the Vologda poultry farms to Sechina. Note that until 2016 the company had not received any state subsidies, but after Sechina joined it, the Vologda Agricultural Holding received at least 60 million rubles of support from the regional budget.

Sechina is actively making money on government contracts. In 2013, Sechina and her business partner Khizir Atakuev received a quarter of shares in RK-Telecom. This is a contractor who provided communications for the Ministry of Defense, the Ministry of Internal Affairs and built infrastructure for mobile companies. Following her appearance, the company began receiving loans at Novikombank, owned by Rostec, for the execution of state contracts. The total amount of loans received over two years amounted to about 300 million rubles. There is no information about what this money was spent on, but in 2018 the company went bankrupt, and Sechina and Atakuev disappeared from the list of owners. Sechina’s current company, Stankoflot, created in 2016 on the basis of an advertising agency, is participating in the project for the production of a new model of the MS-21 aircraft. Stankoflot, as an intermediary, purchases, brings and installs the equipment. Stankoflot receives almost all contracts from Rostec state corporation without a tender. Given that companies associated with Sechina usually go bankrupt after several years of operation and obtaining unsecured loans, Stankoflot is likely to face a similar fate.

Despite the divorce, Marina Sechina still maintains friendly relations with Igor Sechin. Such a relationship opens up opportunities that are inaccessible to the absolute majority of Russians. At the same time, she uses these opportunities, primarily for her enrichment. And maybe not just her own. Close relatives and long-standing friends of members of the ruling group often act as their “wallets,” which launder money and use it to retain power in Russia and to carry out criminal adventures abroad. To be able to forestall the Kremlin, the West and Russian civil society need to take a closer look at the closest circle of Russia’s “owners.”