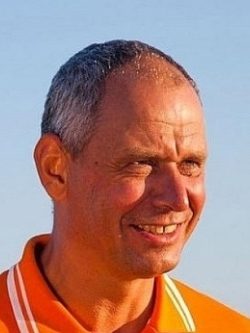 Date and place of birth: November 10, 1967, Leningrad. Since December 2020, he has been the CEO of PJSC Mosttrest. On March 18, 2020, he was awarded the Order of Merit for the Fatherland, 3rd degree. From 2015 to 2020, he was the Deputy General Director for Infrastructure Projects at Stroygazmontazh JSC. Between 2008 and 2015, he held the position of Deputy Production Manager of the Mostotrest Representative Office in St. Petersburg.

Ryzhenkin is a graduate of the Higher Naval School of Radio Electronics named after A.S. Popov and St. Petersburg State Engineering and Economic University.

Ryzhenkin holds a senior position in a company owned by Arkady Rotenberg, a person on Putin's List (https://www.spisok-putina.org/personas/rotenberg/). Ryzhenkin was included in the sanctions lists of the EU, Great Britain, Switzerland, Canada, Australia and the United States for participation in the construction project of the Kerch Bridge. Commenting on the inclusion in the list, Australian Foreign Minister Maris Payne called the construction of a bridge across Kerch an attempt by Russia to secure control of the illegally annexed Crimean peninsula. By their actions, the persons added to the sanctions list are involved in attempts to legalize the annexation of Crimea and Sevastopol and support separatist activities in eastern Ukraine. The US Treasury Department also makes Ryzhenkin responsible for participating in the construction of the Kerch Bridge, calling it violence against Ukraine's sovereignty.

Treasury Sanctions Russian Persons in the Crimea Region of Ukraine