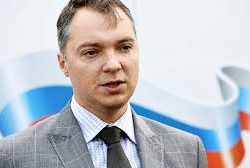 The official representative of the Moscow City Election Commission

On the eve of the scandalous elections to the State Duma in 2011, marked by gross falsifications that provoked a wave of mass protests throughout the country, Dmitry Reut was involved in the appearance of the official outdoor advertising in Moscow calling for participation in voting, whose style copied the election posters of the ruling United Russia party. “There is no violation of election law in this,” he said after a media appeal.

One of the scandals of the election on December 4, 2011, was an episode at a polling station 1438, where observers found three packs of neatly folded ballots already filled in for United Russia when counting the votes. The deputy chairman of the commission mixed these ballots with others, and they were counted. At a meeting of the Lefortovo court, which was considering a lawsuit to annul the results of the Duma elections at this polling station, the representative of the Moscow City Commission Dmitry Reut mockingly noted that “the fact that the ballots were neatly folded in the ballot boxes is not a violation, but rather indicates active voting of citizens. The law does not establish how ballots should be placed in the ballot box, in packs or not.”

In 2012, Dmitry Reut participated in forging documents for United Russia candidates in the 2012 municipal elections in the Khoroshevo-Mnevniki district. United Russia candidates collected signatures on obsolete forms. In an attempt to correct the mistake, they mixed them with new sheets with the support of Reut. The courts ignored these facts. Eight of the candidates participating in the forgery subsequently got elected, and it was they who re-elected Dmitry Reut for a new term as a member of the Moscow City Electoral Commission in 2016.

Dmitry Reut also made odious comments during the scandalous elections to the Moscow City Duma, when, on false pretexts, the majority of independent candidates were not allowed to run. The Election Commission defiantly refused to consider the applications of many citizens whose signatures for independent candidates were declared invalid by pro-government “experts” and who wanted to confirm their signatures in person. Dmitry Reut replied: “Well, how do we know, maybe you [the candidates] motivated them? There is no reason not to believe the experts.”

On July 25, the Moscow City Election Commission working group rejected the appeal of Lyubov Sobol, a lawyer of the Anti-Corruption Foundation, on the refusal to register her as a candidate in the Moscow City Duma elections. In protest, Sobol announced that she would continue her hunger strike right in the building of the election commission until she reached a meeting with the head of the Central Election Commission, Ella Pamfilova, and registered in the elections. Later that evening, security brought Sobol out of the building along with the sofa on which she was sitting, after which police detained her. After the incident, Dmitry Reut stated that “our security officers took out not Sobol, but a sofa to shake out parasites, bugs, and others. They did not touch her. She was sitting on the sofa, and the sofa was taken. “Moreover, he filed a complaint with Sobol to the Investigative Committee for “the obstruction of the election commission.”

As Open Media found out, Dmitry Reut received an apartment in an elite residential complex from the Moscow authorities, the cost of which significantly exceeds the income of him and his wife. There is no evidence that the official was taking out a mortgage. According to the Unified State Register of Real Estate information, the housing belonged to the metropolitan authorities for only a couple of weeks, after which it was sold on the unknown terms. By law, officials and their close relatives must explain where they got the money for large purchases, and report on these purchases if their value exceeds the three-year total family income. There is no such information regarding Reut on the website of the Moscow City Electoral Commission.