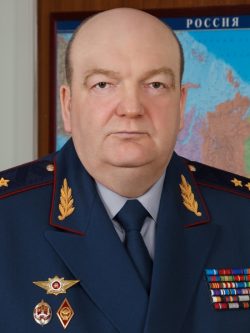 In April 2006, Major General Reimer was appointed head of the Central Internal Affairs Directorate of the Samara Region. In August 2009, Russian President Dmitry Medvedev appointed Reimer the Director of the Federal Penitentiary Service (FSIN), and the next year Reimer received the rank of Colonel-General of the Internal Service of the Russian Federation. Alexander Reimer served as director of the FSIN until June 26, 2012.

On March 30, 2015, Reimer was detained on charges of fraud in the purchase of electronic bracelets for prisoners. In June 2017, the Zamoskvoretsky court of Moscow found Reimer guilty of embezzlement of nearly 3 billion rubles allocated from the budget for the purchase of electronic bracelets and sentenced him to 8 years in prison. By a decision of the Central District Court of Kaliningrad on February 20, 2020, he was released on parole.

Carrying out political repression, leading one of the punitive bodies of the Russian Federation, corruption.

The former chief jailer of Russia up until recently has been serving a term in prison where he was a librarian. It was hardly fraud and theft, everyday things for Putin's Russia, that cost him freedom for five years. Reportedly, his excessive greed in the face of senior colleagues and comrades ruined his career. Reimer was an integral part of the system and became famous not only for corruption but also for his enthusiasm in carrying out political repressions.

From 2006 to 2009, the criminal situation in the Samara region became even more complicated during Reimer’s leadership of the regional police; a series of high-profile crimes took place, including the murder of the rector of the Togliatti State University, the vice-speaker of the provincial Duma, and the attempt on the life of the Chairman of the regional court. However, Alexander Reimer showed much more initiative in fighting against political opposition. The locals called Reimer the “Oprichnik” for the brutal dispersal of “Marches of Dissent,” criminal cases, and provocations against the opposition.

The persecution of activists of the March of Dissent Mikhail Gangan and Anastasia Kurt-Adzhieva. Both activists were eventually forced to leave the city. Under pressure from law enforcement, the Novaya Gazeta newspaper, led by Sergei Kurt-Adzhiev, had to close its office in Samara. After his appearance in the semi-official Samara Newspaper, police organized searches and seizures of computers there. Another story concerned the accusation of the local leader of the Fair Russia party Mikhail Rodionov of allegedly hitting two policemen while driving drunk. That was in November 2007, just two weeks before the State Duma elections. One of the police officers eventually refused to testify, and the case fell apart, but Rodionov’s political career collapsed.

At the end of March 2013, the Prosecutor General's Office instituted a criminal case against Reimer and other officials of the penitentiary system. Reimer was detained in 2015, already after the Accounts Chamber drew attention to violations of public procurement. According to investigators, electronic bracelets that allow controlling the movements of people under house arrest were purchased at prices almost ten times higher than their real price. Of the 3.3 billion rubles allocated by the Federal Penitentiary Service for state contracts, accomplices stole at least 1.2 billion. Of these, Reimer received about 140 million rubles in cash in his office. On June 14, 2017, the Zamoskvoretsky court of Moscow sentenced him to 8 years in prison. The FSIN system in Russia, however, continues to be an area of lawlessness, torture, and humiliation. Interestingly, that FSIN continues to buy these bracelets at inflated prices even after the case.