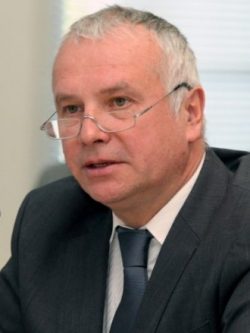 RAHR, Alexander (b. 1959) is a German journalist and political scientist considered as an agent of influence of the Putin regime in the West. Born into a family of Russian immigrants in Taiwan, he then moved to Germany and graduated from Munich University in 1988. From 1982 to 1994 he was a research fellow at the Radio Liberty Research Institute in Munich. Between 1995 and 2012 he was the director of the Сenter for Russia and Eurasia at the German Council on Foreign Policy. In 2004 he became an honorary professor at MGIMO and Member of the Board of Directors of YES (Yalta European Strategy). In 2012-2015, he was a lobbyist for the oil and gas company Wintershall connected with Gazprom and a senior adviser to the President of the German-Russian Chamber of Commerce. In 2013, he became deputy chairman of the Council of the Russian Economy in Germany. Since 2015, he has been a Gazprom consultant for EU matters in Brussels.

Alexander Rahr is a member of the Valdai Club and takes part in the Petersburg Dialogue forum. In 2002, he published the book “The German in the Kremlin” about Putin. Both in Germany and Russia, he developed the image of a person close to the Russian leadership and the Russian president particularly.

Many years of work to strengthen the Kremlin’s position in the West, pro-Putin propaganda, and justification of Russian aggression.

Alexander Rahr is a professional instrument of propaganda and disinformation machine. In his speeches, he invariably promotes a view favorable to the Putin regime referring to his expert experience. For example, he justifies Vladimir Putin’s dictatorial power: “Russia needs such a person at this historical stage. This does not mean at all that I share Putin’s views on everything and support all his actions. But I am convinced that he is a man in his place. His policy reflects the aspirations of most Russian voters”.

In May 2012, a widely discussed interview with Alexander Rahr appeared in the Russian newspaper Komsomolskaya Pravda. Several of his quotes have triggered controversial reactions in Germany: “The Americans have amputated the brain of the Germans”, “Some people think that Germans should be responsible for the Holocaust for another two hundred years, that they should always be poked in the nose because they killed six million Jews”. The Federal Foreign Office then distanced itself from Rahr.

Pro-government media and experts use Rahr’s comments to justify Russia's aggression in other countries. He accused Ukraine of starting a war in the Donbas. Commenting on the Russian occupation of Donbas and Crimea, Rahr stated that Ukraine is by no means an independent state, but a part of the “apartment that was separated from the larger living space”: “A lot of people live in the apartment, and they had lived in this apartment before. This apartment had previously belonged to another, larger apartment, that was divided. This is not a way out. Now there is only one way out - to prevent a major European war on the territory of Ukraine, to do everything so that eastern Ukraine could negotiate with Kyiv... to give some autonomy to the Donbas”. Then he said that Ukraine will have to forget about the return of Crimea. In 2019, Rar supported granting Russian citizenship to residents of the occupied territories of Ukraine.

Numerous Russian propaganda resources actively use these and many other statements of the "famous German political scientist" Rahr, presenting the opinion of Putin's mouthpiece as a general feeling in German and Western society.

Who are the allies of Vladmir Putin and Russia in Germany

How Russia Is Winning the Propaganda War

A Friendship Forged in Spying Pays Dividends in Russia Today