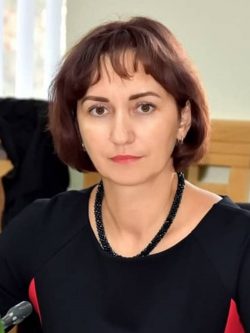 Minister of Property and Land Relations of the Republic of Crimea

On April 15, 2021, according to a press release from the US Treasury Department, the US imposed new sanctions against persons involved “in the construction of a bridge in the Kerch Strait in violation of Ukraine's sovereignty and control and management in Crimea.” Kulinich became one of the persons on the sanctions list, as an official involved in the occupation of Crimea.

Treasury Sanctions Russian Persons in the Crimea Region of Ukraine