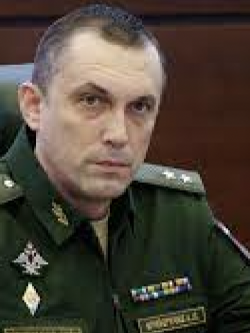 Deputy Minister of Defense of the Russian Federation

Alexei Krivoruchko was born on July 17, 1975 in Stavropol. He graduated from the Institute of Management, Economics, Law, and Informatics with a degree in jurisprudence, then - the Russian Academy of Public Administration under the President of the Russian Federation with a degree in public administration. Since 1999, Alexei Krivoruchko worked as Deputy General Director, then in 2000-2001 - General Director of the Rostov Civil Aviation Plant No. 412 (Rostov-on-Don). In 2004-2005, he was an advisor to the Deputy General Director for Logistics of Aeroflot - Russian Airlines. In 2006, Krivoruchko worked as a chief expert, consultant for the department of regional and offset programs in the federal state unitary enterprise Rosoboronexport.

From 2006 to 2009, he was Deputy General Director for Sales and Maintenance, then Executive Director for Sales, Vice President for Sales and Marketing, Senior Vice President for Sales and Marketing at AvtoVAZ Open Joint Stock Company (Togliatti). From February 2010 to May 2018, Alexei Krivoruchko was the CEO of the Russian transport company Aeroexpress (the organization that carries out rail transportation to Moscow airports). According to Spark-Interfax, Krivoruchko owned 4.16% of Aeroexpress shares. In 2011-2017, also served as CEO of the Tverskoy Express railway passenger company.

Since 2012, he has been a member of the board of directors of the engineering company Transmashholding. From February 2013 to March 2018, he served as a Chairman of the Board of Directors of OJSC Central Suburban Passenger Company (CPPK; the largest suburban railway carrier in Russia, operating in 11 regions of the Russian Federation). Currently, he is a member of the board of directors of the CPPK. In September 2013, together with Andrei Bokarev, he became a private investor in the Kalashnikov concern (Izhevsk, the largest Russian manufacturer of small arms), and then joined the company's board of directors (left it in June 2018). From January 31, 2014, to June 13, 2018, Krivoruchko served as CEO of the Kalashnikov concern. He owned 75% of the company's shares. On June 6, 2018, Aleksey Krivoruchko transferred his stake in Kalashnikov into trust. Under Krivoruchko, Kalashnikov registered not only the brand but also the image of the AK-47 assault rifle. Now, when using the image and even the sound of a shot from a Kalashnikov assault rifle, the concern receives royalties. The rules for using the image relate to cinematographic images and even computer games.

Since June 13, 2018, he has been Deputy Defense Minister of the Russian Federation Sergei Shoigu. Krivoruchko oversees the issues of organizing the military-technical support of the Armed Forces, planning the development of weapons, military, and special equipment, monitoring the implementation of the state defense order, organizing patent-licensing, inventive, and rationalization work in the Armed Forces.

Corruption and harboring income and real estate, involvement in the poisoning of opposition politician Alexei Navalny. While in the civil service, the deputy minister did not give up his business.

Alexei Krivoruchko did not declare more than a hectare of land on the Rublevka area. According to media estimates, the site could cost up to 400 million rubles. The deputy minister indicated in his income declaration that he owns a plot and a house, and uses a guest house. This property is surrounded on three sides by another plot. The land is behind one fence along with two houses and the main plot of Krivoruchko. The land around the house of Krivoruchko belongs to the state, but in March 2008, the site was leased by the Podushkino company until October 27, 2052. The owners of the organization are Aleksey Krivoruchko and his neighbors - businessman Alyas Gvazava and his brother, racer Dmitry Gvazava. Podushkino is the only company in which Krivoruchko now directly owns a share. The leased land is not listed in Krivoruchko's declarations, which he submitted as Deputy Defense Minister for 2018 and 2019.

On October 15, 2020, European Union introduced sanctions against Alexei Krivoruchko in connection with the poisoning of politician Alexei Navalny. The sanctions include a ban on entry into the EU and on financial transactions, as well as an asset freeze. According to Brussels, due to the overall responsibility of the Russian Ministry of Defense for the safe storage and destruction of chemical weapons, the use of such chemical weapons on the territory of the Russian Federation could only be “the result of intent or negligence” on the part of the Ministry of Defense and its political leadership. “Alexei Krivoruchko is responsible for providing assistance to persons who carried out or were involved in the poisoning of Alexei Navalny,” the statement said.

On March 2, 2021, Alexei Krivoruchko was also included by the US Treasury Department on the sanctions list in connection with the situation around Alexei Navalny. According to the United States, Krivoruchko bears overall responsibility for armaments, including overseeing the ministry's stockpiles of weapons and military equipment. The imposed sanctions provide for the blocking of all his property or property rights in the United States. Also, individuals and legal entities of the United States are prohibited from entering into any transactions with those on the list.