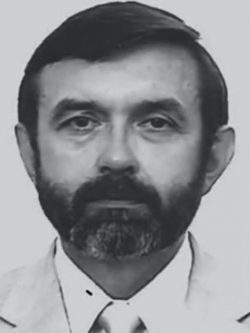 Businessman, a former co-owner of Gunvor, a close friend of Vladimir Putin

KOLBIN, Peter (b. 1952) is Putin’s childhood friend who turned out one of his “wallets”. Peter Kolbin got a job as a butcher in a Leningrad deli. He worked at this place for a quarter of a century, and when his childhood friend became president, Kolbin's life changed dramatically. In 2001, he established Raznoexport. The subsidiary of this company began to supply equipment for Gazprom. Another Kolbin’s company, Surguteks, was the oil exporter for Surgutneftegaz. In 2004, he joined the Board of the Geneva office of the Finnish-Swedish oil company International Petroleum Products. In 2005, Kolbin became the third shareholder of Gunvor, the company of Gennady Timchenko, another Putin’s accomplice, which soon has become one of the world's largest oil traders.

In 2010, Peter Kolbin sold his stake in Gunvor. The same year, he acquired a stake in Yamal LNG from Gazprombank, which supplies equipment to Gazprom, for less than $90 million. After 18 months, he sold this stake for $526 million. Also, Kolbin owned other companies that were contracted by Gazprom. Since then, he began to invest in real estate. He acquired two luxury apartments of 600 square meters in Moscow. Subsequently, this housing was sold to Anna Zatsepilina, a member of the Supreme Council of the United Russia party and the grandmother of the gymnast Alina Kabaeva, who was, presumably, Putin’s mistress. In the spring of 2012 Kolbin and Gennady Timchenko subsequently sold their stakes in Surgutex to the three top managers of Rossiya Bank and both of them were included in the US sanctions list in 2015.

Money laundering in the interests of the ruling regime.

Former butcher Kolbin, as well as several other persons from Putin's early years, including cellist Roldugin, is one of the trusted “wallets” of the president and his inner circle. His fortune was estimated at $550 million in 2019, and billions of dollars passed through his companies. Kolbin himself does not dispose of them. He lives a very modest lifestyle, lives in Ivangorod near Estonia and doesn’t like to be called a businessman.

According to the sources, Kolbin almost does not cross the border of Russia and constantly keeps a phone with him to receive instructions from “senior comrades” when they need him to sign the necessary documents. A quarter of Yamal LNG shares bought by Kolbin for $90 million in 2010 should have been worth about $300 million. This deal was approved by a government commission led by Prime Minister Vladimir Putin in December 2009. Soon after it, Peter Kolbin sold the package at a market price of $526 million. In 2008, the company Yamal Invest, 20% of which was controlled by Kolbin, was suspected of creating illegal schemes and tax evasion. However, the audit of the company did not lead to a criminal case.

According to some reports, Peter Kolbin died in 2018. Following that, supposedly, “his son Vladimir inherited the position of Putin’s money holder.”