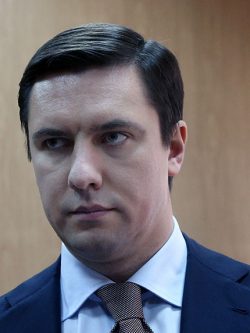 Criminal enrichment and complicity in the illegal criminal prosecution, which led to the death of Sergei Magnitsky who had exposed the corruption schemes organized and used for large-scale embezzlement of budget funds, as well as the prosecution of other persons who exposed these crimes and the destructive activities of Karpov, his accomplices, and patrons.

As follows from independent investigations, Pavel Karpov, along with Artem Kuznetsov, was directly involved in the misappropriation of 5.4 billion rubles and repression against Sergei Magnitsky. Later, he acquired real estate worth more than a million US dollars.

Karpov personally led fictitious criminal proceedings by which an employee of Tax Crimes Department of Internal Affairs in Moscow Colonel Artem Kuznetsov withdrew and handed over to him as evidence of title and all financial records of three Hermitage Fund companies. These documents were used for re-registration and transfer of ownership of these companies, falsification of court decisions and misappropriation of Hermitage Fund tax deductions.

On April 12, 2013, U.S. Department of the Treasury included Pavel Karpov on the list of human rights violators under the Magnitsky Act.

In April 2016, Pavel Karpov demanded a criminal case against the head of the Hermitage Capital Management, William Browder under Part 2 of Article 105 of the Criminal Code of the Russian Federation (murder). The reason for this appeal was a propaganda film on the Russia-1 TV channel. On May 17, 2016, at the request of Pavel Karpov, a criminal case was opened against Alexei Navalny, on July 1, police conducted a search at his Anti-Corruption Foundation and seized all the equipment. On October 15, 2018, Navalny was formally charged with defamation. Publications containing a list of Karpov’s property were called slanderous. Karpov “explained” that he had received the money for a chic life “as a gift from a wealthy friend.”

After 50 days in jail, Navalny is summoned for questioning in yet another criminal case