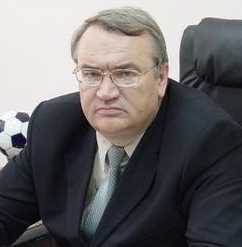 President of the Chamber of Advocates of the Moscow Region.

Since 1989, he participated in the All-Russian movement for the creation of a federal lawyer public association, the Union of Lawyers of the RSFSR, which he led in 1992 among other co-chairs. Alexey Galoganov was elected president of the Federal Union of Lawyers of Russia in 1994 and 1999. Since 2002, he has been the President of the Chamber of Advocates of the Moscow Region. Since 2005, he has also been a Member of the Board of the Russian Bar Association.

Influential Soviet-Russian lawyer Aleksei Galoganov, who once defended former Prime Minister of the USSR Valentin Pavlov in the investigation of the failed August’91 coup, has grown deep and corrupt roots in the hierarchy of the Moscow Region. Galoganov has been steadily leading the lawyer community for over thirty years, although he cannot hold office for more than two consecutive four-year terms by law. He carefully defends his feud, defending his corrupt colleagues.

Galoganov also emphasizes loyalty to the ruling regime. He is a member of the Presidium of the Moscow Regional Branch of the United Russia Party. Under his leadership, the Chamber of Advocates of the Moscow Region participated in the establishment of the pro-Kremlin All-Russian Popular Front (ONF) as a member of the association. Noteworthy, that the ONF, inspired by the East German pseudo-public organization, the National Front of the GDR, is an umbrella structure of various pro-Putin organizations, designed to shift the public eye from the less popular brand of United Russia.

In 2016, Galoganov was convicted of forgery of his doctoral thesis and corrupt activities as the head of the Chamber of Advocates of the Moscow Region. The Dissernet activists found plagiarism in his scientific paper. Only 190 out of 500 pages were clear from blatant borrowings.

In the same year, Galoganov’s active participation in indulging corrupt officials of the Moscow Region was also revealed. In 2008, lawyer Igor Makarov was arrested for a bribe of $10 thousand to the senior detective of the Federal Penitentiary Service of the Russian Federation for the Moscow Region. Thanks to the protection of his friend, Galoganov, he got only one year in prison and spent there only three months, after which his criminal record was removed and he kept his lawyer’s license. In early 2016, thanks to the efforts of Galoganov, his other close friend and fellow countryman, the pseudo-general swindler Valery Guterman, escaped prosecution with a 1200 rubles ($20) fine. For ten years, Guterman who had been posing himself as a respected lawyer, a retired Afghan veteran, and Major-General of the FSB, worked as the so-called problem-solver. He regularly used his contacts to promote the interests of certain commercial structures, get a job, and resolve issues with admission to the academy of the FSB and FSO of Russia, for lobbying and contributing to the termination of criminal cases.

Fake lawyers, fake generals, fake business executives, and fake politicians have been ruling the country for several decades, taking advantage of the apathy of the majority of the population. We are convinced that these people should not retire without being held accountable for many years of fooling and robbing the Russian people.