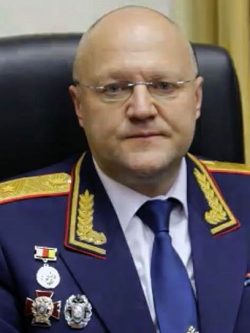 The former head of the Russian Investigative Committee for Moscow City

DRYMANOV, Alexander Alexandrovich was born on June 7, 1968. He was the head of the Investigative Committee of the Russian Federation for Moscow City. At this post, he instituted and investigated trumped-up criminal cases. Currently, he is a defendant in a criminal case of a shootout, which resulted in the killing of several people. According to investigators, Drymanov received a bribe of 200 thousand euros for the release of a mafia boss Andrei Kochuykov.