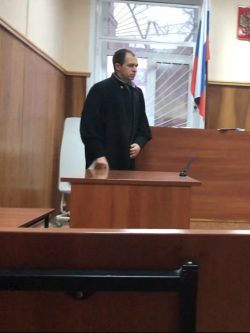 Judge of the Khamovnichesky District Court of Moscow. He was an assistant to Victor Danilkin.

German Bugynin is one of the most corrupt judges of the Putin regime.

In 2014, he made a deliberately unlawful decision, recognizing the extrajudicial blocking of the Kasparov.ru opposition web outlet as legal.

In 2018, he refused to satisfy the lawsuit of lawyer Mark Feigin, who defended Nadezhda Savchenko, Pussy Riot, and many opposition activists, against the Moscow Bar, which disbarred him for “inappropriate statements” on Twitter about the pro-Kremlin blogger Anatoly Shariy.

In the lawyer community of Moscow, Bugynin is known as a corrupt person who makes “necessary” decisions in civil cases for a fee.