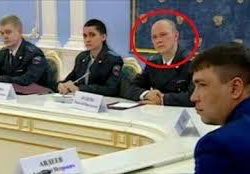 Investigator, Department of the Central Federal District of the Ministry of Internal Affairs.

BUDILO, Nikolai Nikolaevich was born in 1977 in the Bryansk region. He oversaw the investigation of the politically motivated case against the managers of the Hermitage Fund and their lawyers in the Bryansk region. The case against them was opened in response to their allegations of corruption in the Ministry of Internal Affairs. He unreasonably dismissed all Hermitage's complaints during the investigation.

In 2012, the “M” Office of the FSB of Russia prepared a submission for the removal of the investigator Budilo from his duties in connection with the facts of corruption in the investigation of the BTA Bank in Russia.

In 2014, he investigated the case of the nationalist Belov-Potkin. Allegedly, it was open after Belov-Potkin’s refusal to collaborate with the Kremlin and to take part in the propaganda campaign against Ukraine.