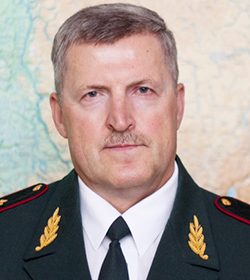 In 2006-2008 – he was appointed as the Head of the Directorate-General of the Ministry of Internal Affairs on the Central Federal District. Major General of Police. From 2008 till 2016 – a Deputy Director of the Russian Federal Drug Control Service, Head of Operational Search Department. Under the nickname of Nikolay Sofronov, he is one of the co-authors of the detective bestseller novel “Gangster Petersburg/Banditskiy Peterburg”, etc.

In 2016 an international search warrant was issued for him by the Central investigatory court of Spain. He is wanted under Russian mafia criminal legal suit and accused of collaboration with Tambovskaya criminal group, led by Russian criminal boss Gennadiy Petrov.

Abuse of authority and public position, disclosure of confidential information.

According to Spanish El Mundo, he is suspected of assassinations, illegal trafficking of arms and weapons, drugs, and corruption.