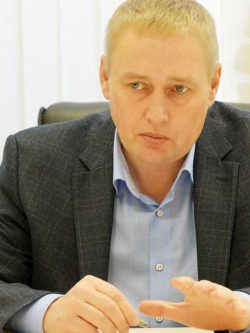 Date and place of birth: May 14, 1972, Sverdlovsk. Since 2016, he has been a member of the State Duma of the Russian Federation from the United Russia party. From 2004 to 2008, he was Deputy Director of the Severny bus station in Yekaterinburg. In 2005, he graduated from the Academy of Labor and Social Relations with a major in economics. In 2004, he was elected a member of the Legislative Assembly of the Sverdlovsk Region. In March 2001, he was elected as amember of the Yekaterinburg City Duma. In 1990-1992, he served in the army in the airborne troops.

In 2010, together with Leonid Volkov, Fedor Krasheninnikov, Konstantin Kiselev and Dmitry Golovin, he created the Right of Choice Committee to oppose the Governor's initiative to cancel the mayoral elections in Yekaterinburg and the Sverdlovsk Region

Alshevskikh is a co-author of several bills restricting the rights and freedom of citizens, in particular: