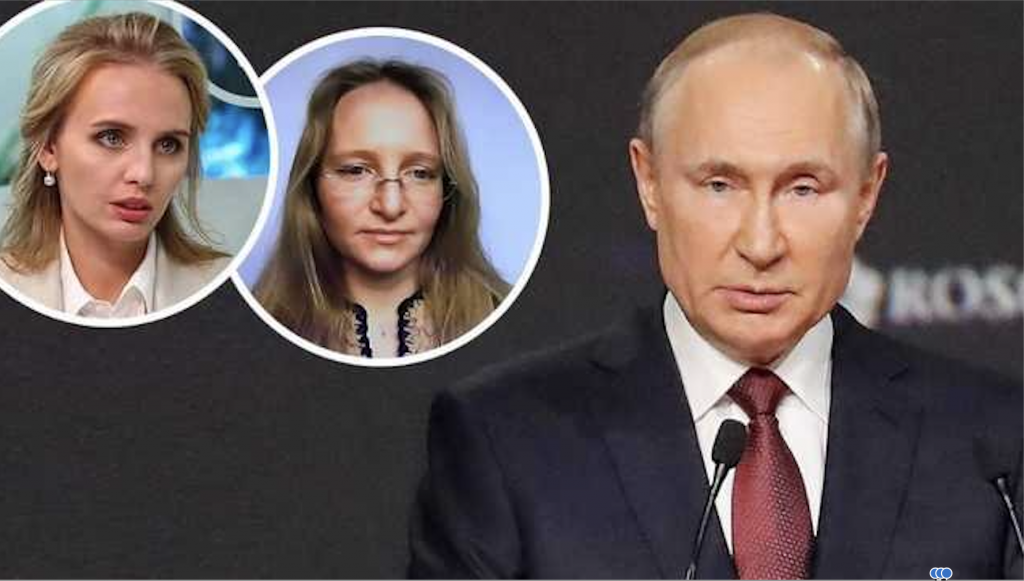 The EU and the US are expected to announce further measures against Russia, with reports that sanctions targeting the daughters of President Vladimir Putin were under consideration.

A day after Ukraine’s president, Volodymyr Zelenskiy, gave harrowing testimony to the UN about atrocities he described as war crimes, EU diplomats were preparing to discuss a ban on Russian coal, ceasing transactions with four key banks and banning many Russian ships from EU ports later on Wednesday.

The Russian leader’s closest family members could be added to the growing list of sanctions, the Wall Street Journal and Bloomberg reported, citing people the news outlets said were familiar with the plan. It is not clear if those sanctions, against Maria Vorontsova and Katerina Tikhonova, will come from the US, EU or both.

However, tensions were rising among EU member states over the measures. Lithuania, one of Ukraine’s staunchest allies in the bloc, said the proposals were “not really an adequate response” to the horrors being discovered in Ukrainian towns, after the departure of Russian troops.

“Coal, four banks (deswifted already), a ban on ports and borders (with exceptions) is not really an adequate sanctions package to the massacres that are being uncovered,” said Lithuania’s foreign minister, Gabrielius Landsbergis. “A feeble response is just an invitation for more atrocities. It could and should be stronger.”

Lithuania announced on Sunday it had stopped imports of Russian gas, the first EU member state to do so, but the bloc as a whole, which gets 40% of its gas imports from its eastern neighbour, is reluctant to take that step.

The EU accelerated faltering talks on further sanctions against Russia, as evidence emerged of alleged war crimes against defenceless civilians in towns that had been controlled by Russian forces.

In harrowing testimony to the UN security council on Tuesday, Zelenskiy described how people had been shot, tortured, raped and crushed by tanks, urging that Russian leaders be brought to justice for war crimes via an international tribunal modelled on the Nuremberg trials of Nazis. “There is not a single crime that they would not commit there,” he told the assembly. “They killed entire families – adults and children – and they tried to burn the bodies.”

As well as a ban on coal and on Russian ships (with exceptions for humanitarian aid, food and energy), the European Commission has proposed a full transaction ban on four Russian banks, including the second largest, VTB. The EU, however, has cut VTB off from the Swift messaging system, making it much harder to do business with the bank.

Under the proposals announced on Tuesday by the European commission president, Ursula von der Leyen, Russian and Belarusian road transport companies would be banned from entering the EU. The commission also wants to ban the export of hi-tech goods, including quantum computers and advanced semiconductors, to Russia. Certain Russian imports would be banned, including wood, cement, seafood and alcohol products estimated to be worth €5.5bn to Russia each year.

The plans are being studied by EU capitals, which are likely to amend the measures before seeking unanimous agreement, either on Wednesday or Thursday.

After a meeting with his German counterpart in Berlin, the French foreign minister, Jean-Yves Le Drian, said European sanctions would include coal and oil.

If passed, the measures would be the fifth package of EU sanctions since Vladimir Putin declared he would recognise the self-proclaimed republics of Donetsk and Luhansk in eastern Ukraine, groundwork for the unprovoked invasion he launched days later. While the first four rounds of EU sanctions were agreed relatively quickly, tensions have been rising over the next steps.

Poland and the Baltic states have been calling for a total ban on Russian fossil fuel exports, while Germany, which gets 55% of its gas from Russia, is concerned about unemployment and rocketing petrol prices.

Hungary’s prime minister, Viktor Orbán, who was congratulated by the Kremlin on his electoral victory on Monday, also opposes a ban on gas and oil. Austria is also seen as lukewarm on the plans. “It’s clear Vienna, Budapest and Berlin are less happy,” said a diplomat from one of the so-called sanctionista countries that favour a tough line.

The Netherlands, home to the EU’s largest port, Rotterdam, is understood to support the ban on Russian ships. Supporters of strong sanctions are also urging for “some weird derogations” in existing sanctions to be removed, for instance closing loopholes in earlier measures banning the sale of EU luxury goods to Russia.

In a separate speech to the Spanish parliament on Tuesday, Zelenksiy appealed for a ban on lucrative Russian oil exports. Drawing parallels between the 1937 bombing of Guernica during the Spanish civil war and the attack on his country, Zelenskiy said the “fate of the entire European project, the values that unite us” were at stake in Ukraine.

Russia has denied any responsibility for the deaths, claiming that photos were staged or people were killed after their forces pulled out. Satellite images, however, show bodies lying in streets in towns under Russian occupation.

EU sanctions are being drawn up in coordination with the White House, which has promised a ban on all investment in Russia. “The goal is to force them to make a choice,” the White House press secretary, Jen Psaki, said. “The biggest part of our objective here is to deplete the resources that Putin has to continue his war against Ukraine.”

“You can expect … that they will target Russian government officials, their family members, Russian-owned financial institutions, also state-owned enterprises,” she said.

She declined to comment on reports in the Wall Street Journal that the sanctions would target Putin’s two daughters.