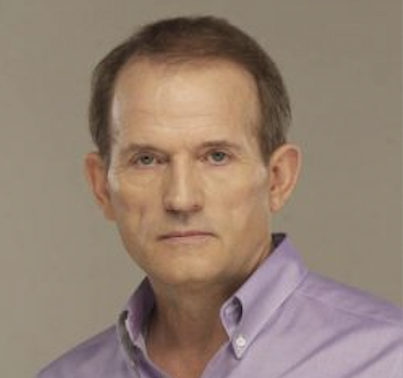 A Ukrainian court on October 12 ordered pro-Russian lawmaker Viktor Medvedchuk to remain under house arrest until December after prosecutors broadened their criminal investigation into his activities.

Medvedchuk, who has been held under house arrest since May, was initially targeted with allegations of treason in a case that has added to tensions between Moscow and Kyiv.

Prosecutors announced last week that he is also accused of colluding to finance Russia-backed separatist forces in the eastern Donbas region.

They also asked a Kyiv court for Medvedchuk — who said the charges were trumped up to silence his criticism of government policy — to be taken into custody instead of house arrest or to post bail of 1 billion hryvnias ($38 million).

Medvedchuk is a Ukrainian citizen but has close ties with Russian President Vladimir Putin and has said Putin is godfather to his daughter.

His political party is the second largest in parliament.

The Pechersk District Court turned down the prosecutors’ request on October 12 and extended Medvedchuk’s house arrest to December 7, forbidding him to leave his place of residence.

The Prosecutor General’s Office later said it would appeal the decision.

On October 8, Prosecutor-General Iryna Venediktova accused Medvedchuk of conspiring with officials from former President Petro Poroshenko’s government to buy coal from mines located in separatist-held areas as a way to finance the separatists.

Poroshenko and Medvedchuk’s political parties dismissed the accusations, calling them an effort to divert attention from President Volodymyr Zelenskiy’s government’s own wrongdoing and failures.

Zelenskiy defeated Poroshenko in the 2019 election to win the presidency.

Fighting between Ukrainian government forces and the separatists in eastern Ukraine has killed more than 13,200 people since April 2014. The conflict erupted after Moscow annexed Ukraine’s Crimea Peninsula in March 2014.