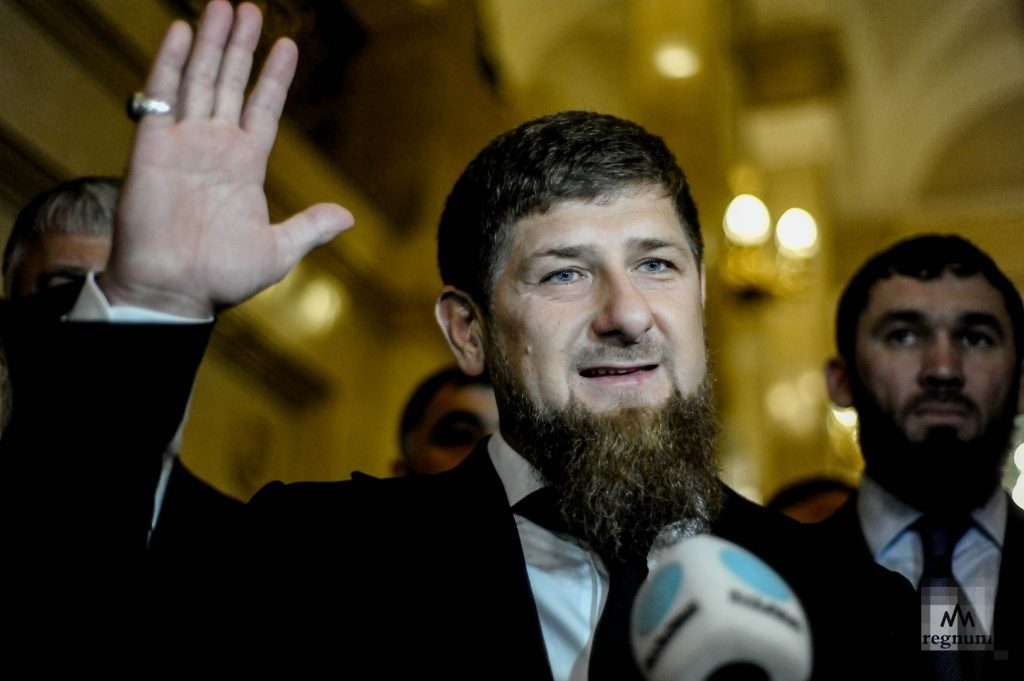 The German Federal Prosecutor’s Office (GBA) is investigating a case of an employee of the Federal Office for the Protection of the Constitution (BfV) in the state of Mecklenburg-Western Pomerania who is suspected of divulging classified information (Spiegel, July 2). On the same day of the suspect’s detention, on July 2, the region’s interior ministry suspended the officer in question and announced (Regierung-mv.de, July 2) its readiness to cooperate with the investigation.

According to German media sources (Mdr.de, July 3), the office and private residence of the suspect, whose identity is not being disclosed, were searched at the end of June. The officer is reported to be the former handler of a BfV secret informant, “Walid D.,” a Russian citizen who has been in German pre-trial detention since the end of 2020 on suspicion of helping plan the assassination of Chechen dissident Mokhmad (Muhammad) Abdurakhmanov, the brother of exiled blogger Tumso Abdurakhmanov. The latter’s two YouTube channels, which have over 487,000 subscribers, are fiercely critical of Chechen Republic head Ramzan Kadyrov.

The German authorities believe that the order to kill Muhammad Abdurakhmanov came from the “state authorities of the Russian Republic of Chechnya” (Mdr.de, April 16). Walid D.’s instructions were to smuggle the murder weapon and the hitman into Germany, conduct surveillance of the target, and serve as an escape driver after the assassination. The contract killer agreed to carry out the shooting but then turned himself in to the authorities on December 17. The man, who is now under German police protection, testified that he had been approached in a Chechen prison by a government agent who offered him a large sum of money for the killing.

Walid D. denies any involvement in the planned murder to this day, but German investigators found a Makarov pistol with a silencer during a search of his apartment. Compact and easily concealed, the suppressed version of the Makarov PM, the standard sidearm of Russian military and police forces since the early 1950s, remains a weapon of choice for Russian special forces and intelligence units during operations in which stealth, surprise and silence are essential. Therefore, Walid D. appears to have been well prepared for the attack. Still, Walid D. lacked one crucial piece of information needed to carry out the assassination—until the BfV officer allegedly leaked to him Muhammad Abdurakhmanov’s home address in Germany. It is not yet known what the BfV officer’s motivation allegedly was, and what else the German public may find out in the course of the investigation. But the whole affair raises a number of uncomfortable questions.

To begin with, how did a German secret service informer who had lived in the country for more than 20 years become the main organizer of a hit job on a fellow émigré? With the 2019 murder of former Chechen insurgent Zelimkhan Khangoshvili in Berlin (see EDM, December 5, 2019) still fresh in the minds of many Germans, how was it even possible for somebody to smuggle a murder weapon and the assassin into the country? At the time, German prosecutors laid bare the connection between Khangoshvili’s killer and the Russian spy agencies, so one would have expected the country’s special services to have subsequently stepped up their counter-intelligence efforts. Unsurprisingly, German journalists are now asking whether or not the secret services in Mecklenburg-Western Pomerania knew about the plans or whether they were at least tipped off (Mdr.de, April 23).

With Russian intelligence agencies broadening their footprint in Europe and their operatives being increasingly implicated in assassinations and acts of sabotage on European soil (see EDM, December 11, 2019), one would also expect increased efficiency and better coordination between the various European Union member states’ security services to counter that threat. Germany has no common border with the Russian Federation, so the team tasked with the hit job must have transited neighboring EU states, whether overland or by air. And yet they managed to evade detection.

Russian President Vladimir Putin’s leadership has been targeting political opponents both at home and abroad since the early 2000s, demonstrating a blatant disregard for international borders and state sovereignty, as well as making it increasingly hard for critics and dissidents to find safe haven even in far-away lands. Targeted assassinations, of course, are nothing new to Russia’s history. The Bolsheviks used to liquidate their opponents long before, and certainly after Ramón Mercader’s deadly attack on Leon Trotsky in Mexico City. What is new, however, is that for the first time a Western government has laid the blame for an abortive hit at the door of a regional government of the Russian Federation, rather than the Kremlin itself.

The implications of that sudden shift are manifold. On the one hand, it constitutes recognition of the unique place Chechnya’s Ramzan Kadyrov occupies within the Russian power hierarchy. No other local governor in Russia is allowed to subvert or destroy any potential threat to his or her authority with impunity. No one else among regional heads is powerful enough to mastermind, bankroll and carry out political assassinations abroad. Kadyrov has been accused of murdering his enemies in Europe and the Middle East since at least 2009. The Chechen strongman has always maintained his innocence of those crimes but never displayed any visible sign of regret at his compatriots’ deaths.

Western governments should not solely blame Kadyrov, however. For all his power and resources, he remains beholden to the Kremlin leadership and appears aware of the need to run his plans by the Presidential Executive Office and security services when targeting his foes either at home or abroad. Accusing the Chechen authorities of ordering Abdurakhmanov’s assassination gives the false impression that the Chechen government can launch such operations independently, which is demonstrably not the case.

Lastly, the suspicion of a German counter-intelligence official having disclosed confidential information to a Russian contract killer adds an extra dimension of complexity and controversy to the matter. If that suspicion proves to be true, it will be another remarkable “first,” at least in the Chechen context.