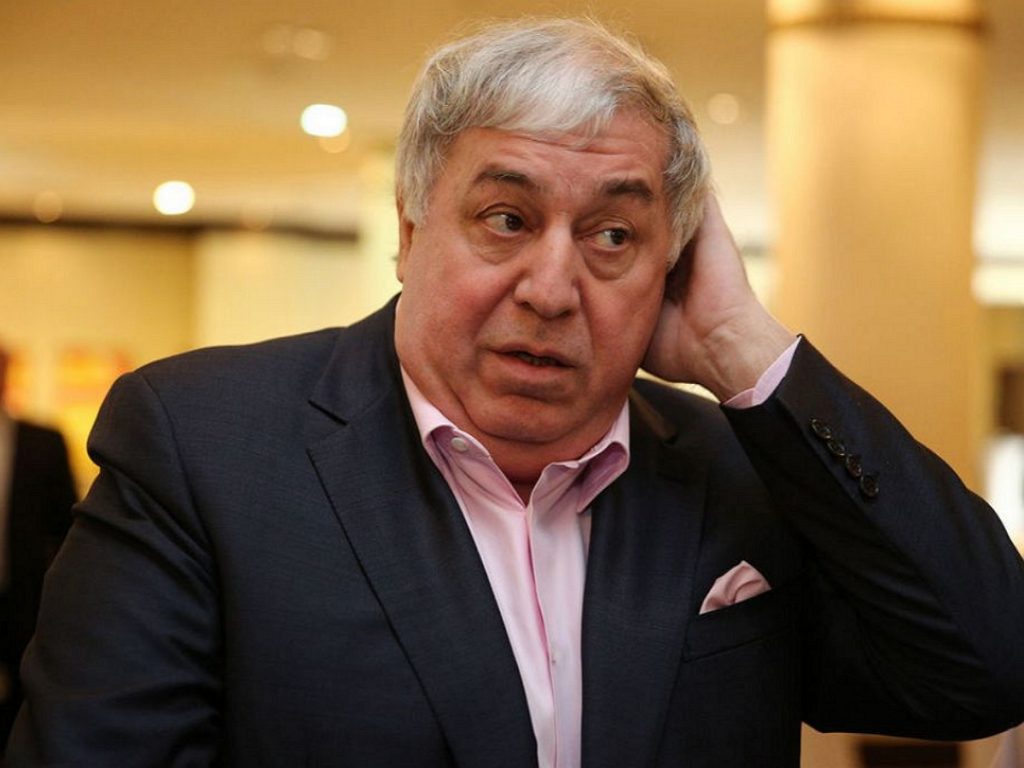 On June 21, the European Union imposed sanctions on Russian billionaire Mikhail Gutseriev (whose $2.5-billion fortune puts him in 60th place on the Forbes Russian billionaires list). This came as part of a package of restrictive measures against Belarus, adopted in response to the forced landing of a Ryanair plane in Minsk and the arrest of Belarusian opposition journalist Roman Protasevich and Russian citizen Sofia Sapega. As a result, Gutseriev is subject to an asset freeze and banned from entering or transiting through the bloc’s territories, and EU citizens and companies are forbidden from providing him with funds. Meduza breaks down the highs and lows of Mikhail Gutseriev’s business dealings in Russia and his far-reaching connections in Belarus.

Fall down twice, stand up twice

The head of one of the richest families in Russia (according to Forbes), Mikhail Gutseriev is a tenacious businessman with diverse interests. He has suffered major business losses on two occasions already, but managed to regain his position both times. For several years, he was the president of the Russian-Belarusian oil and gas company Slavneft. In 2002, he tried to defend the company from privatization, but lost the fight after two months of desperate battles (in the literal sense of the word).

Having lost Slavneft, Gutseriev managed to put together his own oil company, RussNeft, from scattered assets — but he lost it in 2007 (after being pressured to sell the company to Russian oligarch Oleg Deripaska) and fled to London under threat of criminal prosecution. Nevertheless, Gutseriev was able to do the impossible: he made peace with the authorities, bought RussNeft back from Deripaska, and returned to Russia three years later.

A passion for poetry

Since then, Gutseriev’s passion — in addition to business and oil — has been writing poetry. He’s written the lyrics to a number of songs performed by famous Russian pop artists and owns seven radio stations, including the music stations Radio Shanson, Radio Dacha, and Hit FM, under the holding company Krutoy Media (named after music producer Igor Krutoy).

The Official Journal of the European Union describes Mikhail Gutseriev as a “prominent Russian businessman, with business interests in Belarus in the sectors of energy, potash, hospitality, and others.” Gutseriev spoke about his dealings in Belarus back in 2017, when he invested $180 million of his “own money” in the country. Among his assets in Belarus, the Russian billionaire named the Renaissance Minsk hotel, a terminal at the Minsk airport, a business center in the capital, and the “Krasnoselskoye” leisure compound (where Belarusian President Alexander Lukashenko is a regular visitor).

By that time, Gutseriev’s company Slavkali had already begun the biggest investment project in Belarus: the construction of a complex for producing potash fertilizers worth $2.1 billion ($1.4 billion of which was financed by the China Development Bank).

In addition, the companies RussNeft and Neftisa, which Gutseriev controls via his family holding company Safmar, supply oil to Belarus. According to the EU’s justification for the sanctions against Gutseriev, Safmar was the only Russian firm that continued to supply oil to Belarusian refineries during the energy dispute between Russia and Belarus in early 2020.

Gutseriev and his family are also active investors in the Belarusian IT sector. For example, the billionaire’s son, Said Gutseriev, invested in the first legal crypto exchange in the CIS. And Mikhail Gutseriev is considered one of the fathers of the “Belarusian IT revolution,” who convinced Lukashenko to start “the construction of an IT country.”

What are friends for

The EU journal describes Mikhail Gutseriev as a “long-time friend of Alexander Lukashenko,” adding that the Belarusian president “came to Gutseriev’s defense after a criminal investigation was initiated against him in Russia.” The billionaire has reportedly presented Lukashenko with various luxurious gifts. And the Belarusian president has thanked Gutseriev “for his financial contributions to charity and investments of billions of dollars in Belarus.”

“He [Gutseriev] also declared to be the owner of a residency, which de facto belongs to Lukashenko, thus covering him up when journalists started to investigate Lukashenko’s assets,” the EU journal says, referring to the luxurious Krasnoselskoye compound near Minsk (a property that used to belong to the Belarusian President’s Administrative Directorate). Though Alexander Lukashenko often uses it, the facility is built on land held by Gutseriev’s company — and, in his own words, it cost him $40 million.

In addition, the Russian billionaire is reported to have attended Lukashenko’s “secret” inauguration on September 23, 2020, the EU journal says. What’s more, following the contested presidential election in Belarus in August 2020, Gutseriev helped bring staff from state and pro-Kremlin Russian media outlets to Belarus, so they could help shore up state broadcasters after Belarusian media workers walked off the job in protest of the brutal police response to opposition demonstrations. The Russian journalists were flown to Belarus on Gutseriev’s plane and put up in the Renaissance hotel in Minsk, which he owns.

Among the eight Belarusian companies newly under EU sanctions are the state-owned vehicle manufacturers Minsk Automobile Plant (MAZ) and BelAZ, the New Oil Company (NNK), and five other entities. These entities are also subject to asset freezes and EU citizens and companies are forbidden from making funds available to them.