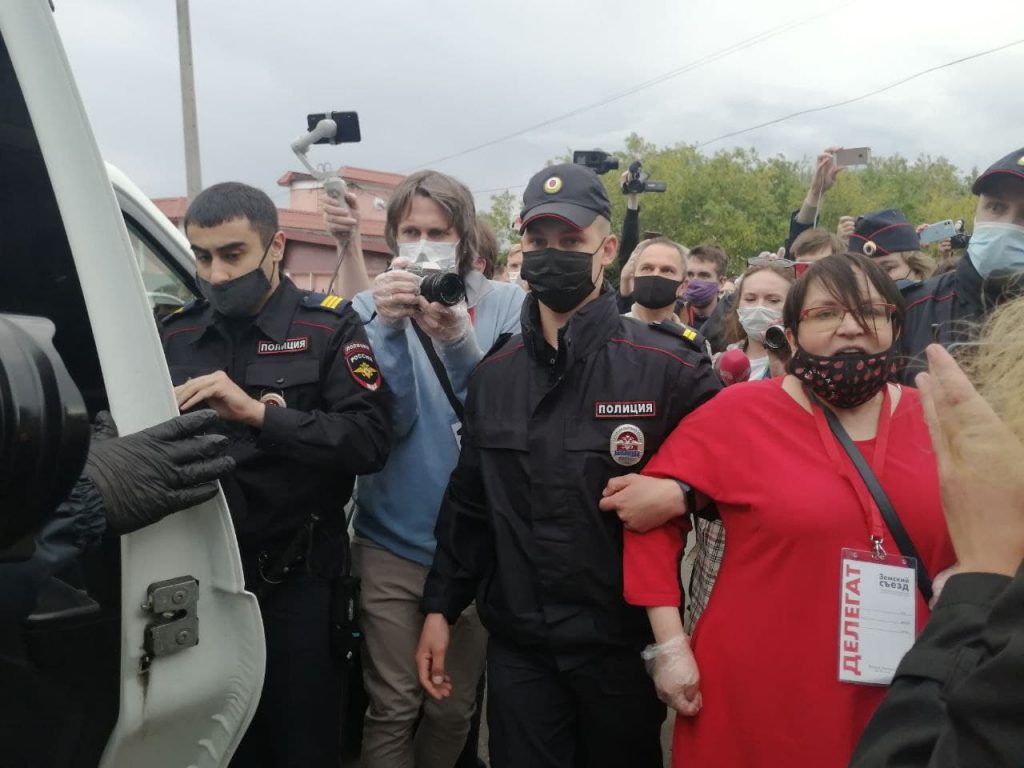 The May 22-23 forum brought together representatives from 30 regions to coordinate their campaign for the September legislative elections.

Ahead of the vote, the authorities have cranked up pressure on the opposition, and particularly on supporters of leading Kremlin critic Alexei Navalny, who is in jail.

NGO OVD-Info said at least four people were arrested on the sidelines of the forum in the northwestern town of Veliki Novgorod.

Activist Yulia Galiamina, who was questioned, said the meeting had been declared “illegal” because more than the official limit of 30 people attended.

The authorities moved in because “they do not want people to live normally,” she wrote on Twitter.

Another participant, Sergei Vlassov, posted on Telegram that all those present in the building where the meeting was held had been fined for infringing pandemic health regulations.

Police had already intervened against a forum of elected local opposition representatives in Moscow in mid-March, arresting about 200 people.

Security forces said the meeting had been organized “in violation of health regulations” and some of the participants were “members of organizations with undesirable activities.”

Since the start of the year, the main restrictions against the spread of the virus have been lifted and major gatherings not involving the opposition have been allowed to go ahead.