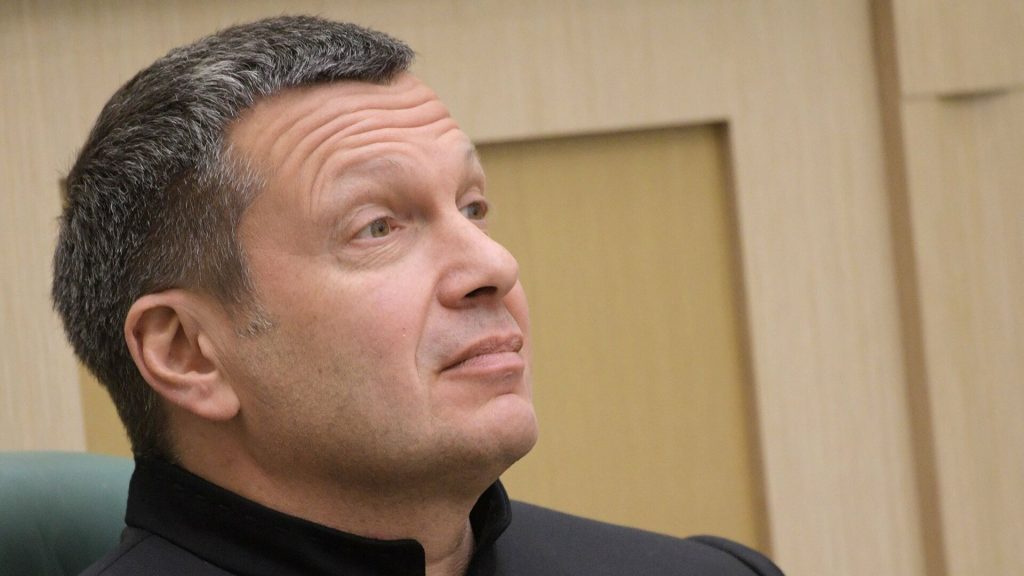 Solovyov, who is often described as a Kremlin propagandist, is heard in a live Feb. 15 broadcast calling Hitler “personally a very brave man” who “fought honorably in World War I.”

He had been comparing Hitler to jailed Kremlin critic Alexei Navalny, whom he disparaged as a “codpiece Fuhrer.”

Responding to Communist lawmaker Valery Rashkin’s request to investigate Solovyov’s comments for glorification of Nazism, the police department said it will forward the copies to researchers and investigators “for a legal assessment and a decision based on Russian legislation.”

While the glorification of Nazism is a criminal offense in Russia punishable by a maximum prison sentence of five years, it is unclear whether the authorities will prosecute the popular pro-Kremlin media personality.

Solovyov previously dismissed the accusations and clarified his comments, saying “Hitler’s personal courage was not an excuse for his actions.”

Latvia, a former Soviet satellite state and a current European Union member, banned Solovyov’s entry into the country shortly after the live broadcast.