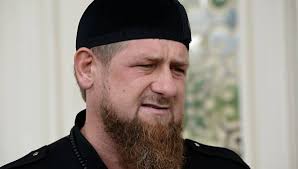 A rights group on Monday described as “kidnapping” the plight of two gay men who were seized near Moscow last week and sent back to their native Chechnya, a Russian region accused of persecution against homosexuality.

The two men were detained in Nizhny Novgorod last Thursday and sent back to the North Caucasus region, where they are now being held at a detention center in the Urus-Martanovsky district, the LGBT Network told AFP.

LGBT Network spokesman Tim Bestsvet said police had not provided the group’s lawyers with materials on the case and refused their requests to see the men.

“We can say that the citizens have been kidnapped,” a lawyer for the LGBT Network, Mark Alexeyev, told AFP, adding that law enforcement’s refusal to allow him to see the men and the case materials was “illegal.”

On Sunday, a close associate of Chechen strongman Ramzan Kadyrov, Akhmed Dudayev, claimed that the two men had “confessed to having provided aid to a member of an illegal armed group” that was liquidated by counterterrorism forces last month, RIA Novosti news agency reported.

The charge carries a penalty of up to 15 years in prison.

Alexeyev dismissed the accusations Monday, saying the authorities had “deliberately disseminated false information on the fate” of the two young men and said that “the confessions were most likely obtained through threats and pressure.”

Bestsvet said Magamadov and Isayev were arrested and tortured by Chechen special police in April 2020, officially for running an opposition Telegram channel but in fact, he said, because of their sexual orientation.

The spokesman said a video in which the two men apologized over the Telegram channel and said they were not real men — bolstering the claim that they were persecuted for being gay — was recorded under duress.