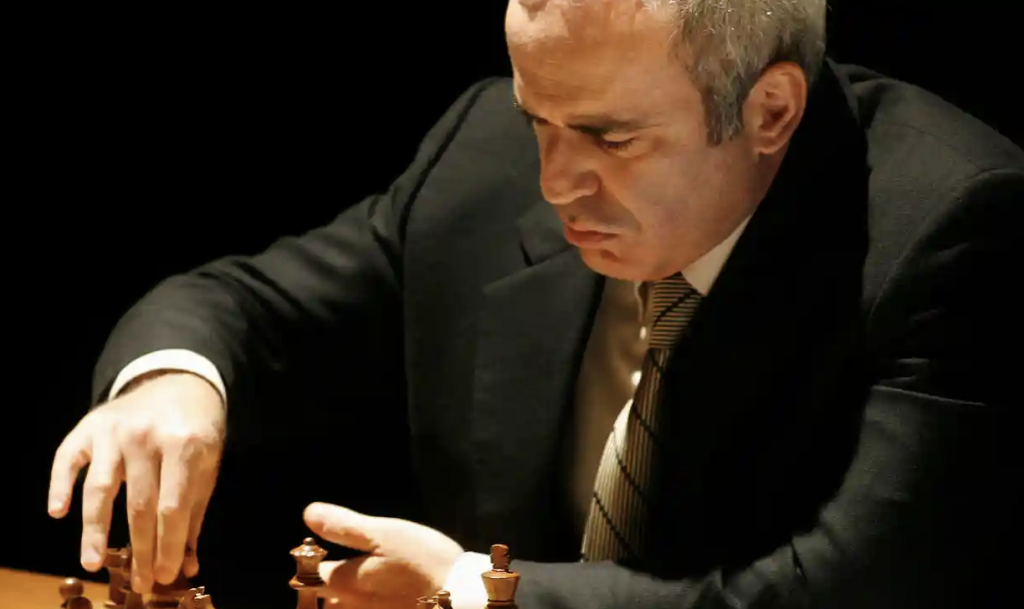 Editors note: Garry Kasparov is the chairman of the Renew Democracy Initiative and the Human Rights Foundation and a former world chess champion. The views expressed in this commentary are his own. View more opinion at CNN.

(CNN) The Russian opposition leader Alexey Navalny was sentenced in Moscow on Tuesday to two and a half years of prison. His supposed crime was a probation violation committed while he was in a coma in Berlin after being poisoned by the same state security forces that have locked him up again.

It’s pointless to talk about the details of the case. Not when Vladimir Putin is the only real judge, jury and, from time to time, executioner (which he denies). The dictator Putin has up till now avoided imprisoning Navalny for very long, although he has targeted Navalny’s family, as any mafia boss would.
A spurious embezzlement conviction that led to Navalny’s house arrest and his brother’s jailing in 2014 was declared illegitimate and politically motivated by the European Court of Human Rights. Russia simply paid the fine, tried to kill Navalny, and now has imprisoned him again, highlighting how useless it is to allow dictatorships to participate in these international organizations. They lend legitimacy to Putin’s regime without changing its behavior, while seeing their own credibility destroyed.
The only positive to come from Tuesday’s mockery of justice was Navalny’s impressive final statement to the court.
“The main thing in this whole trial isn’t what happens to me,” he said. “Locking me up isn’t difficult. What matters most is why this is happening. This is happening to intimidate large numbers of people. They’re imprisoning one person to frighten millions.”
Putin also knows what is at stake. Thousands of riot police filled the streets of Russian cities in advance of the sentencing. (In case it wasn’t clear that the result was known in advance.) This domestic invading army has arrested thousands of Russians in the past days of protest, with countless incidents of police violence against peaceful protesters.
Looking at the rows and rows of armored vehicles and even more heavily armored police ready to attack Russian citizens, you appreciate the dark joke going around: “The Nazis failed to reach Moscow in 1941, but they succeeded in 2021.”
The point of this unprecedented crackdown is to reassure Putin’s investors at home and abroad that everything is fine, that he is willing to crush the entire country under his KGB boot in order to keep the oil, gas and cash flowing. He’s not afraid of scaring off his cronies and foreign partners or outraging his adversaries, because they have always come running back to him after each invasion, each assassination, each rigged election.
Now with Navalny, the free world’s political and business leaders have another chance to show newfound resolve — or continued cowardice. The initial condemnations of Navalny’s sentencing from the United States, Canada and many European nations would be heartening if they did not sound nearly identical to those issued when he was poisoned last August. (There was, unsurprisingly, a sharp contrast between the rapid condemnation issued by President Joe Biden’s Secretary of State Anthony Blinken and the Trump State Department’s belated and feeble acknowledgment.)
Putin has spent hundreds of billions of dollars to beef up internal security forces during his 20 years in power, and most of that money came from rich western nations, especially before Putin’s invasion of Ukraine in 2014 finally led to scattered sanctions — too little, too late. Such deals with the devil inevitably backfire. As I warned in 2007, with every act of appeasement Putin has gone from a local problem to a regional menace to a global threat.
Germany thinks it can criticize Russia on human rights while going ahead with the Nord Stream 2 gas pipeline that will fill Putin’s pockets with cash and his military’s guns with bullets. Those bullets are used against Europeans in Ukraine and, God forbid, against Russians in the streets. Europe thinks it can separate business and politics, but to Putin it’s all the same: business.
President Biden spoke with Putin on the phone on January 26, a call described as confrontational over Russian cyberattacks and Navalny. But phone calls aren’t the test, action is. Putin’s impunity will only grow unless there are rapid repercussions for his criminal acts, beginning with targeted sanctions on the Russians named by Navalny’s organization.
Navalny knew what awaited him in Russia before he left Berlin, and yet he chose to return. He knows he can be killed at any time, but felt he had no choice but to make a stand with the only weapons he has left, his body and his spirit. After his sentence was read, he drew a heart to his wife, Yulia, on the glass of his cage and shouted, “Don’t worry. Everything will be OK.”
Like our literature, Russian history is not known for happy endings. Time is running out to change the course of this story.
Source: CNN
News
Revealed: UK government helped sanctioned Putin ally sue British journalist 26 January 202326 January 2023
Danish military intelligence suggests drug-induced megalomania may have influenced Putin to invade Ukraine 2 January 20232 January 2023
Rouble sinks to 8-month low vs dollar as sanctions fears weigh 29 December 202229 December 2022
Canada will attempt to confiscate assets from Russian oligarch Roman Abramovich 20 December 202220 December 2022
Deripaska trial delayed after lawyers query UK sanctions regime cap 29 November 202229 November 2022
See all news
Home / News / The people who let Putin get away with persecuting Navalny
© 2018-2023 The database “PUTIN'S LIST”