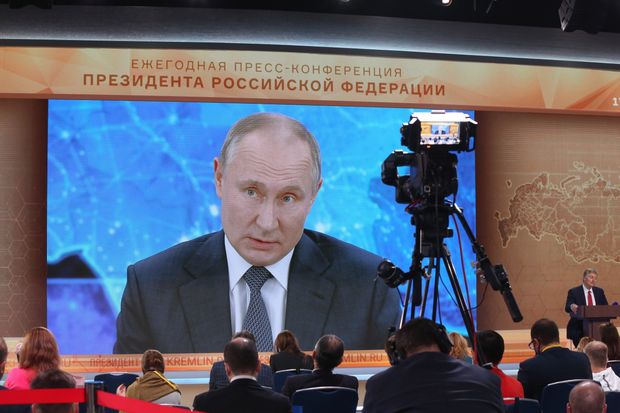 Russia’s post-Soviet counter-transition arrived at its logical conclusion in 2020: Starting from a fledgling democracy in the 1990s, the country shifted to an “enlightened authoritarianism” in the 2000s, evolving into a barely disguised autocracy during the 2010s, now having finally settled into a quasi-dictatorship. That trajectory was in no way predetermined 20 years ago; but a crucially important inflection point was passed in 2014, with the zealous “patriotic” mobilization that was sparked and fueled by the forcible annexation of Crimea. After that, the constitutional revisions initiated by President Vladimir Putin at the start of 2020 were a natural consequence of late-stage Putinism (Novaya Gazeta, December 30, 2020).

The purpose of modifying the constitution was not immediately clear 12 months ago beyond the amendments granting Putin an opportunity to claim, yet again, the position of supreme authority in the 2024 presidential elections by “annulling” his previous two consecutive terms. By the end of the tumultuous year, however, it had become apparent that the vague clarifications and awkward edits to many paragraphs of the Russian constitution—hastily written and approved after the tragic political crisis of 1993—amounted to establishing a quasi-dictatorial regime with nearly unlimited and largely unaccountable power to suppress all opposition (Newsru.com, December 31, 2020; see EDM, July 8, 13, 2020).

The escalation of repressions and approval of legislation justifying them in late 2020 were motivated in large part by the state’s high-resonance failure to silence Aleksei Navalny, the leader of Russia’s “non-systemic” opposition (The Insider, December 28, 2020). He survived having been poisoned with the Novichok nerve agent and even managed to expose the team of agents from the Federal Security Service (FSB) that had pursued him for years and administered the toxic substance, allegedly on direct orders from the Kremlin (Navalny.com, December 21, 2020). Putin’s response to that embarrassing fiasco was not only to cover it up by official denials but also to ensure that Russian courts would severely punish all of Navalny’s associates (VTimes, December 30, 2020). Engaging in any protest action or opposition activity in Russia now frequently amounts to a crime against the state (Riddle, December 22, 2020).

The slow transformation of Putin’s regime achieved a new quality with this delegitimization of essentially all domestic dissent; and this triumph of the Russian special services (siloviki), which have now de facto become the pivotal state structure (see EDM, December 2, 2020), has inevitably led to serious international repercussions (Carnegie.ru, December 31, 2020). Those are most immediately obvious in Russia’s relations with the European Union and Germany in particular, which Moscow no longer even tries to rehabilitate into something resembling traditional ties (Russiancouncil.ru, December 24, 2020). Relations with the United States are also expected to deteriorate drastically with the arrival of the Joseph Biden administration, which—unlike several previous US leaderships that Putin sought to engage with in their early days—appears to have few or no illusions regarding trust-building or deal-making with the Kremlin (Ezhednevny Zhurnal, January 1, 2021). For now, Moscow hopes for only “selective dialogue” in some arms control matters and is bracing for Washington to adopt a policy of “total containment” in the coming months (Kommersant, January 1, 2021).

One of the strongest drivers in Russia’s path toward dictatorship has actually been the massive and unexpected political crisis in neighboring Belarus (Rosbalt, December 25, 2020). Alyaksandr Lukashenka, in power continuously since 1994, was widely expected to score a convincing victory in the August presidential elections. He did. But the official release of the heavily doctored vote results was surprisingly met by an explosion of street protests that have endured, to some degree, to this day (Nezavisimaya Gazeta, December 25, 2020). Putin was initially reluctant to rescue his maverick fellow-autocrat but was shocked by the intensity of the public uprising and felt obliged to approve and support the Belarusian regime’s use of brutal police force. That tactic has not entirely suppressed the protest activity, although it has reduced an acute crisis in Minsk into a chronic lower-intensity one (Lenta.ru, December 29, 2020).

For many Belarusians, their anger was incited by Lukashenka’s outwardly cavalier attitude toward the coronavirus pandemic; and Putin was careful to, in contrast, demonstrate grave concern about the health crisis, even as his protracted and extreme self-isolation eventually become a topic of ridicule at home (Grani.ru, December 31, 2020). Throughout the year, the Kremlin leader’s message, underpinned by persistent manipulation of government statistics, has emphasized that Russia is dealing with the difficult situation much better than many other countries; yet the data on excess mortality suggests a far more troubling reality (RBC, December 30, 2020). Official propaganda has trumpeted Russia’s success in developing the Sputnik-V coronavirus vaccine ahead of research in the US and Europe; however, the testing of its efficacy is seriously compromised, and production capacity is insufficient either for mass domestic immunization or export (Meduza, December 23, 2020). Over the years, Russians have developed such low trust in their medical system that, according to a recent Levada Center poll, 58 percent say they would not want to take the domestically produced vaccine, even for free (Levada.ru, December 28, 2020).

Russia’s setbacks in countering the COVID-19 pandemic diverge sharply from China’s ostensible success; and there has been remarkably little cooperation in this area among the two neighbors (Nezavisimaya Gazeta, December 27, 2020). Officials and pundits continue to warmly acclaim the allegedly ever-deepening Russo-Chinese strategic partnership, which some assert may ultimately mature into a full-blown alliance. But it is instructive to note that, in fact, Putin and President Xi Jinping had only five telephone conversations in 2020 and certainly not a single face-to-face meeting (Carnegie.ru, November 30, 2020). And while Russia braces for the hard pressure expected to come from the incoming US administration, it remains reluctant to be dragged into the escalating US-China confrontation. Meanwhile some Russian experts warn of how the relationship with China may negatively impact Russia’s traditional ties with India (Russiancouncil.ru, December 28, 2020).

Russian mainstream media certainly avoids any criticism of China’s increasingly harsh persecution of internal dissent, but it is quite obvious that Putin’s siloviki cannot replicate China’s effective control over the internet or to completely silence the newly branded “foreign agents” (Znak.com, December 30, 2020). The Russian autocratic regime may have become upgraded to a dictatorship last year, but it has not become more effective or less corrupt. And the reluctance of many elite groups to alter their quasi-Western lifestyle in some ways augment and complement the growing desire for change within the increasingly complex Russian society (Newsru.com, December 31, 2020).

Escalations of domestic repressions often go hand-in-hand with more aggressive external behavior, as typified last year by the shift in Beijing’s foreign policy style toward the so-called “wolf-warrior diplomacy” (Nezavisimaya Gazeta, October 20, 2020). Moscow, however, showed more caution and self-restraint in 2020, including when it came to manipulating the conflicts in Syria and Libya, putting military pressure on Ukraine and Georgia, or in executing various “hybrid” attacks against Europe, than one might have expected from the determined dictatorship-building simultaneously going on inside Russia. Putin appears wary about military over-stretch even as he has proven himself stingy when it comes to spending accumulated financial reserves on stimulating the domestic economy or reducing poverty (see EDM, November 30, 2020). The new year, which Russia, as always, begins with an extended holiday, promises few occasions in the regular calendar for boosting patriotic feelings—like the celebration of the 75th anniversary of victory in World War II in 2020. Putin may need to look abroad for an opportunity to reenergize the populace with a success-story ahead of the State Duma elections in September.