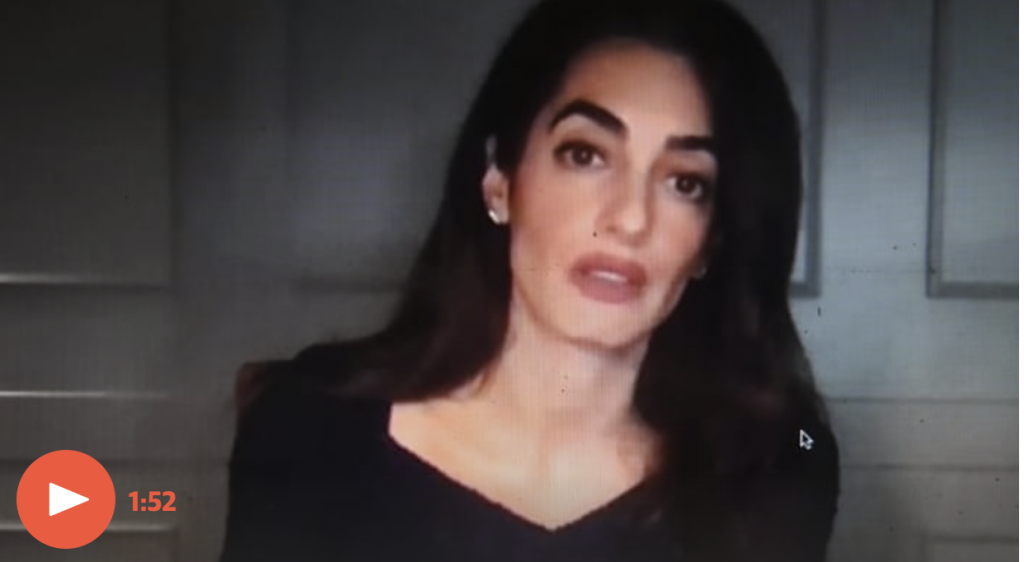 Human rights barrister Amal Clooney has told Australian MPs they have a role to play in ensuring authoritarian governments and individuals do not use the cover of the coronavirus crisis to permanently erode civil liberties and conceal abuses.

The parliament is considering the introduction of a Magnitsky Act, which would allow for the use of targeted sanctions against human rights violators around the world.

Similar laws in the US and UK are named for Sergei Magnitsky, who in 2008 uncovered a $230m fraud committed by Russian government officials. Magnitsky testified against the officials and was arrested, tortured and died in jail. He was then put on trial posthumously.

“The current health crisis has only served to exacerbate what was an existing human rights crisis,” Clooney told the joint standing committee on foreign affairs, defence and trade.

“It seems at times that there is so much bad news in the world that our moral nerve endings have been deadened – meaning abuses will thrive and impunity will remain the norm.

“Abuses of [power] thrive when no one is watching.”

Clooney said she was heartened and impressed by the actions of governments in Australia and New Zealand to respond to the Covid-19 pandemic, but that “new powers used by autocratic governments in the name of a pandemic are unlikely to be rescinded when it has passed”.

“Governments have criminalised so called fake news on the pandemic and had scores of journalists arrested while deadly untruths have spread.

“Meanwhile international crimes from genocide in Iraq and Myanmar to war crimes in Syria and Yemen remain unpunished.”

On the need for Magnitsky laws, Clooney said they could be an effective tool for holding individuals and corporations to account.

“What is particularly valuable, this is one of the relatively few tools that raise the cost. If you go after people personally, the value in terms of the signal that it’s sending, you’re not going after an entire country, you’re not having ordinary citizens pay the price for the actions of their officials, you’re going after those responsible.

“You may not be able to solve every problem in the world or respond to every abuse but you can make sure that your country is not a safe haven for despots and war criminals.

“You can send a message to those who engage in corruption and human rights abuses, that Australia’s banks and schools and beaches are off limits.

“That there are certain values you don’t only stand for but will stand up for through the consistent and fair use of asset freezes and travel bans against abusers of human rights.”