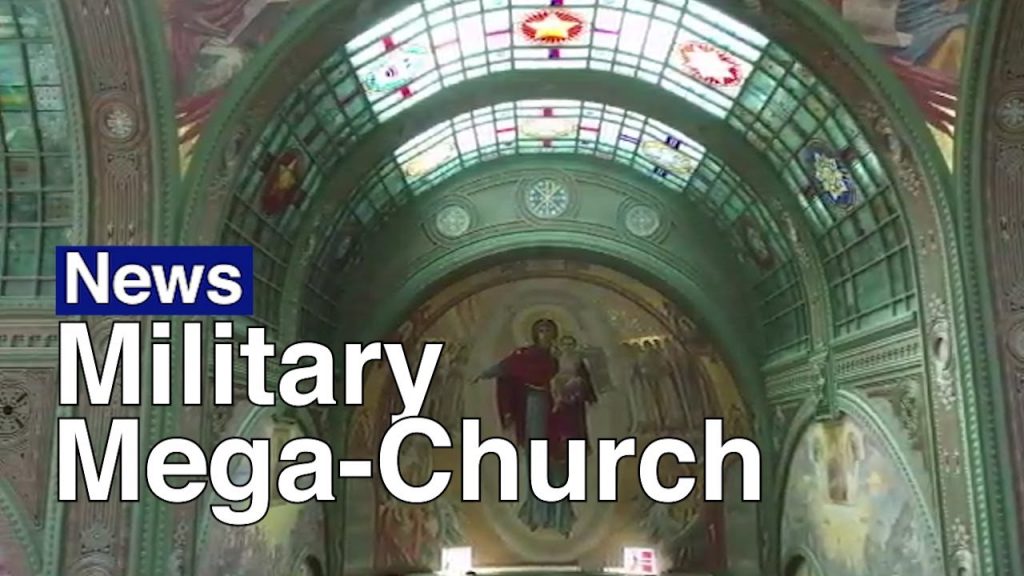 The 95-meter Armed Forces cathedral, a symbol of close defense-church ties in Russia, is expected to open on May 9 — the 75th anniversary of the Soviet victory over Nazi Germany in World War II — at a sprawling military-themed park near Moscow. Once completed, the building will become one of the tallest Orthodox churches in the world. 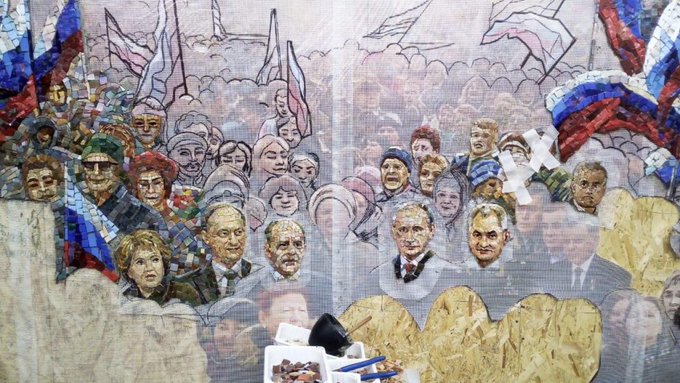 466 people are talking about this

One of the cathedral’s mosaics shows Putin and Shoigu flanked by prominent politicians including Federation Council Speaker Valentina Matviyenko and State Duma Speaker Vyacheslav Volodin as well as security officials like FSB Director Alexander Bortnikov and the head of the Army’s General staff Valery Gerasimov.

Another depicts the World War II Victory Day parade of 1945 on Red Square, with Stalin’s portrait held above a crowd of Soviet soldiers, photos published by MBKh News showed.

Russia’s 2014 annexation of Crimea from Ukraine is also celebrated, with one mosaic fragment depicting a group of women with a sign that reads “our Crimea” held aloft behind them.

Following MBKh News’ report, the Russian Orthodox Church confirmed that the cathedral’s interior will depict Stalin and of the Crimean annexation, calling the depictions “appropriate.”

“[The Church’s council on art] considers these images to be absolutely appropriate, reflecting historical truth from which pages cannot be torn out arbitrarily,” Archpriest Leonid Kalinin, the chair of the Russian Orthodox Church’s council on art, architecture and restoration, told the state-run TASS news agency.

Stalin’s image within Russia has been gradually rehabilitated in the 2000s from that of a bloody autocrat to an “outstanding leader.” Today, his approval rating among Russians is at historic highs.

Dozens of Western countries targeted Russia with economic sanctions over its annexation of the Crimean peninsula from Ukraine in 2014 following an unrecognized referendum.

According to the Resurrection Foundation which oversees donations to the Armed Forces cathedral, the public has donated more than 3.6 billion rubles ($41 million) toward the cathedral’s construction.

While Russia has indefinitely postponed its annual Victory Day celebrations due to the coronavirus pandemic, plans to open the Armed Forces cathedral on May 9 are still on.