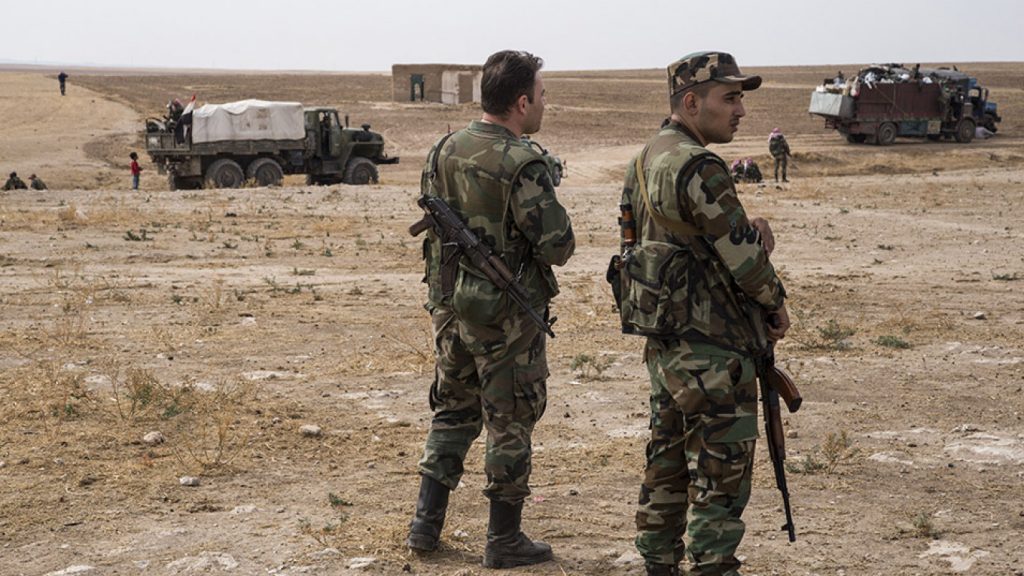 Russia and the U.S. experienced “hiccups” in their military deconfliction efforts in Syria, including around 14 months ago when Russia moved toward the northern town of Manbij, Jeffrey said Thursday.

“At one point, we intercepted a Russian major general who was driving towards the town of Manbij,” the U.S. special envoy said in a televised briefing.

The interception “was all dealt with in these military-to-military channels,” he told reporters.

Jeffrey did not identify the senior Russian major general.

Russia’s Defense Ministry has not yet commented on Jeffrey’s remarks.

Russia has waged an air and sea campaign in support of Syrian President Bashar al-Assad since 2015 as Moscow’s Middle East ally grapples with a years-long civil war. The U.S.-led coalition deployed in the war-torn country in 2014.

As of mid-December, U.S. forces were deployed at 11 bases and military posts in northeast Syria, including five in Hasakah, four in Deir Ezzor and two in Raqqa, Turkey’s Anadolu news agency reported last month. U.S. forces withdrew from Kurdish-held regions but stayed in oil-rich Deir Ezzor and Hasakah after Turkey waged its military campaign in northeast Syria, Anadolu reported in November.