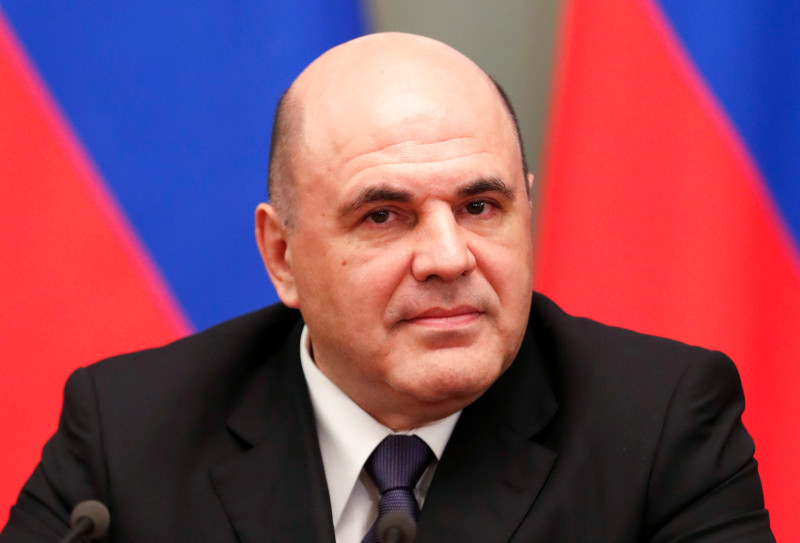 Mikhail Mishustin used the art of surveillance to master the science of tax revenue collection. Now he may lend that expertise to enhance Putin’s authoritarian state.

Mikhail Mishustin, Russia’s new prime minister, comes to prominence little known by the public but as a rock star among technocrats. Mishustin became famous within a policy genre that, even for hardcore wonks, has only a niche audience: tax enforcement.

Between this public service and his private sector background, many commentators say, Mishustin’s nomination underscores President Vladimir Putin’s concerns about the resuscitation of Russia’s stagnant economy. They are not wrong. But to view the significance of Mishustin’s nomination only in terms of its first-order implications for Russia’s economic growth is to indulge a myopia that would itself advance the farther-sighted strategic vision for Russia that his appointment likely reflects: a pivot toward a new brand of techno-authoritarianism.

Like many a rock star, Mishustin’s path to international fame has its dark side. He delivered his eye-popping performance by constructing an economic surveillance apparatus that would elicit envy from any authoritarian state. As prime minister, yes, his technical savvy may enhance efficiencies and boost growth. But his time as tax czar also underscores the extent to which he can marshal his technocratic acumen to advance Putin’s strategic objectives about more than dollars and cents.

If the direction in which Mishustin’s appointment signals Putin’s Russia is about to head has any contemporary analogue, it lies in a country that is increasingly its ally and also the world’s epicenter of techno-authoritarianism: Xi Jinping’s China. Like Xi, for Putin, economic growth is likely only part of an overall strategic vision. By his own admission, in spite of his Ph.D. in economics, Mishustin’s role as tax czar was more technologist than economist. And so he is poised to fill the prime minister slot within Putin’s authoritarian regime, in effect, having thrived in a government post as a self-identified technologist who developed new and impressive ways of extending the state’s surveillance of the economy.

As taxman, Mishustin developed a set of futuristic technologies that allowed Russia’s government to raise revenues. But these technologies also enhanced surveillance capabilities of Putin’s authoritarian state. For it’s not as if Russia’s tax authorities simply set an algorithm on heaps of data to do the impersonal bidding of state administration. Putin’s political appointees, like Mishustin, also maintain the ability to identify subjects and dredge up transaction-level data at their own discretion.

An example: The month after his boss declared that Western liberalism “has become obsolete” in an interview with the Financial Times, Mishustin allowed a journalist from the publication into Moscow’s tax headquarters. Mishustin apparently asked the visiting journalist if he’d had a coffee in his hotel the evening before. Within minutes, Mishustin, who can visualize the contents of his countrywide database on a “huge video wall,” had assembled a lineup of what the journalist had purchased. The suspects: a latte, an espresso, three cappuccinos. Mishustin, in other words, was only too happy to point out the surveillance capabilities of the Russian state to a foreign journalist by surveilling that journalist, a demonstration that sheds almost no light on the tax collections that are ostensibly the system’s intended purpose.

Identifying a reporter’s evening coffee does not show anything about the system’s efficiency at collecting revenue but rather its possible uses as a mechanism of surveillance targeted at individuals of interest to Russian authorities. Now, as prime minister, Mishustin is poised to use his technical expertise to advance Putin’s agenda; his track record of creating world-leading technology vanguards for the Russian state puts Putin in a position to define the cutting edge of techno-authoritarianism.

The rock star status Mishustin achieved in tax enforcement came from his results. During his tenure, the share of Russia’s value-added tax (VAT) that went uncollected by tax authorities reportedly shrank from around 20 percent to less than 1 percent, likely one of the world’s lowest. By contrast, a typical advanced economy like the United Kingdom would tend to have a VAT gap closer to 10 percent.

Under Mishustin’s leadership, Russia’s Federal Tax Service (FTS) achieved these results through the deployment of dragnet technology that collected data on virtually every single transaction in Russia. New legislation required the submission of all business-to-business invoices. After a successful pilot program, the FTS started in 2017 to require all retail establishments to use “online cash registers” that automatically transmitted data on all transactions to the tax authorities in real time. Even if it happens in Siberia, any transaction in Russia registers in the FTS database in under 90 seconds. The FTS then applies artificial intelligence to this encompassing universe of transaction-level data to identify likely tax evaders.

Putin’s Russia does not have many techno-authoritarian innovations that can rival the expanding toolkit on display in Xi’s China. Thanks to Mishustin, however, he has at least one. While estimates for the share of the VAT that is uncollected in China remain significantly dated, even now, they seem extremely unlikely to have dropped to Russia’s record-leading low levels.

Mishustin’s tenure as taxman also illustrates his ability to benefit Russia’s strategic interests by pulling off something else pioneered by China: the tactic of dividing a would-be chorus of Western critics into dissonant factions. One consists of economic-minded foreign-policy doves; the other of foreign-policy hawks motivated by security and human rights concerns. For years, China cultivateda flock of doves among the U.S. economics and business community. This domestic constituency for U.S. policy toward China served to counterbalance the influence of the China hawks. This equilibrium held, to China’s benefit, until recently—when a souring of the dovish constituency’s position seemed to coincide with hawkish shifts in official U.S. policy.

The new Russian prime minister arrives with a track record of success at this task from his days as tax czar. Putin draws no shortage of Western criticism for security and human rights issues. But economic technocrats even in bastions of Western liberalism praised the economic panopticon Mishustin constructed for him. One official with the Organization for Economic Cooperation and Development (OECD) conceded that addressing “Big Brother”-type concerns would require additional work but praised the system as a “game changer” that could allow the world’s governments to raise “hundreds of billions” of dollars in new tax revenue. The OECD was founded in 1961, amid the heights of the Cold War, at least in part to serve as a mechanism to promulgate Western liberalism.

If Putin intended for Mishustin’s appointment to engender dovish sentiment among the business-minded West, he seems to be off to a pretty good start. Western media coverage emphasized his success in boosting tax revenue and his Ph.D. in economics. As Moscow’s taxman, however, he seemed to view his primary role as that of a technologist whose function is to enhance the capacities of the state—not as that of an economist.

“We built the technology and are now becoming economists,” he told the Financial Times, explaining the development of his tax system.

His tenure as taxman also underscores the extent to which his acumen as a technocrat creates opportunities to bolster Putin’s long-standing goal of sowing discord about liberal democracy in Western democracies. Putin’s attempts to undermine liberal democracy abroad would stand to grow stronger if Russia’s “illiberal model” of the state seemed to offer relative advantages. To the extent that Putin’s version of the state offers any quantifiable advantage over the Western liberal model, however, they come from Mishustin’s technocratic innovations.

In the West’s liberal democracies, to construct official measures of inflation, government agencies sample the prices of a fraction of goods and services. Sampling rather than measuring every single item introduces a relatively small degree of measurement error in monthly inflation readings, though it washes out over time. Appraised of the United Kingdom’s sampling approach, typical of liberal societies in which the state lacks an economic universal eye that directly observes all prices, Mishustin wasted no time in impugning the inferiority of their official data.

“That’s bullshit,” he told the Financial Times. “We can see everything bought everywhere.”

In government, technical expertise is only a means to an end. Mishustin’s technical expertise served Putin’s ends well when he was head of Russia’s FTS. The world is about to find out how well that expertise serves Putin’s objectives from the prime minister position. If past is prologue, financial markets and the business community may like the answer, even as Western governments do not. Mishustin’s nomination, then, may herald the start of a variation on a play already seen once before in the 21st century. Only this time it will have Russian rather than Chinese characteristics.