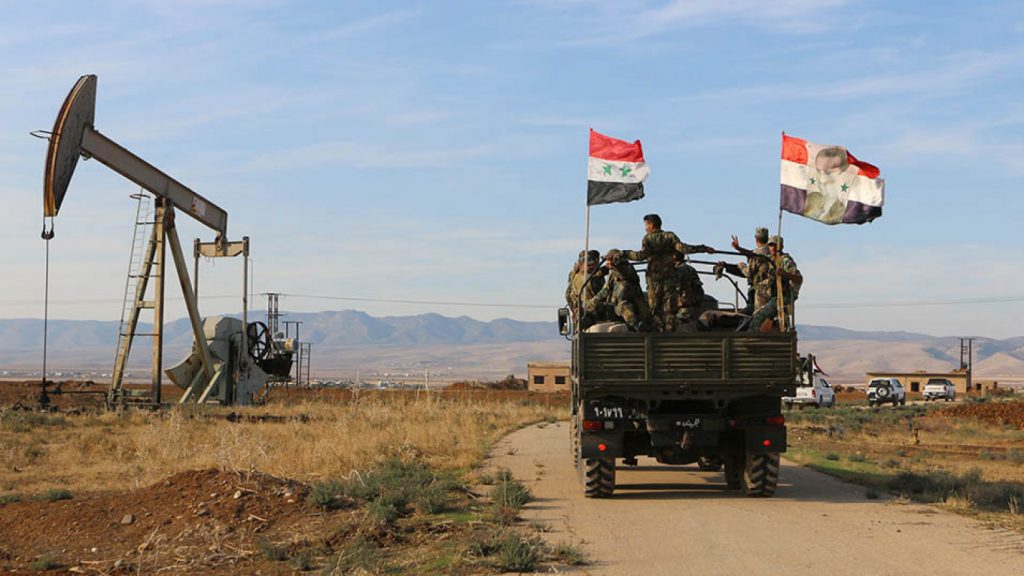 Syria’s parliament in December approved contracts for oil exploration with two Russian companies, Mercury and Velada. Syria’s oil minister had said that the three blocs in the contracts each contain at least 250 billion cubic meters of gas.

Mercury and Velada have ties to Kremlin-linked catering magnate Yevgeny Prigozhin, who is often referred to as “Putin’s chef” and was indicted by the U.S. on suspicion of election meddling, according to Novaya Gazeta’s investigation.

Mercury apparently changed its profile from catering to geological surveying sometime in or prior to 2017, Novaya Gazeta reported, citing its former managing director’s publicly available resume. In 2016, the Russian-language U.S. broadcaster Current Time spoke with an unnamed Mercury helicopter pilot who said his task was to transport Prigozhin or his wife to remote parts of St. Petersburg.

Velada’s chief executive between 2015-2018 reportedly ran the one-person company while also working as an assistant manager at Prigozhin’s Concord Management and Consulting company.

Prigozhin is also believed to be behind the Wagner Group, a shadowy mercenary organization suspected of fighting on behalf of the Russian government in Syria, eastern Ukraine, Libya and sub-Saharan Africa.

“The choice of a partner was obvious for Syria: The exploration and development contract goes to those who recapture the oilfields and protect them with their own armed forces,” Novaya Gazeta wrote.

The publication estimated that Prigozhin’s companies extracted $20 million worth of natural resources in Syria per month in 2018.

Prigozhin’s press service said Velada and Mercury have “no relation” to the businessman’s conglomerate.

The two companies are some of several players to have secured oil exploration deals in Syria.

After a preliminary deal in 2016, Syria’s state oil company was reported in 2018 to have signed a binding agreement offering Russia’s Evro Polis 25% of the profits from oil refineries it liberated from the Islamic State.

Reports have claimed that Evro Polis is a front for Wagner.

Shunned by Western powers, Syrian President Bashar al-Assad has looked to allies Russia and Iran to play a role in rebuilding after they helped his forces reclaim most of the country hit by more than eight years of war.

Source: www.themoscowtimes.com
News
UK sanctions Russian airlines to prevent them selling landing slots 19 May 2022
Putin involved in war ‘at level of colonel or brigadier’, say western sources 19 May 2022
Vladimir Putin has said that by abandoning Russian energy supplies, Europe risked paying the most expensive energy prices in the world. 17 May 202217 May 2022
Opinion | How to Reinvigorate NATO and Deter Putin’s Aggression 17 May 202217 May 2022
Brussels plans to help EU countries confiscate assets frozen by sanctions 11 May 202211 May 2022
See all news
Home / News / Russian Oil Deals in Syria Linked to ‘Putin’s Chef’ – Novaya Gazeta
© 2018-2022 The database “PUTIN'S LIST”