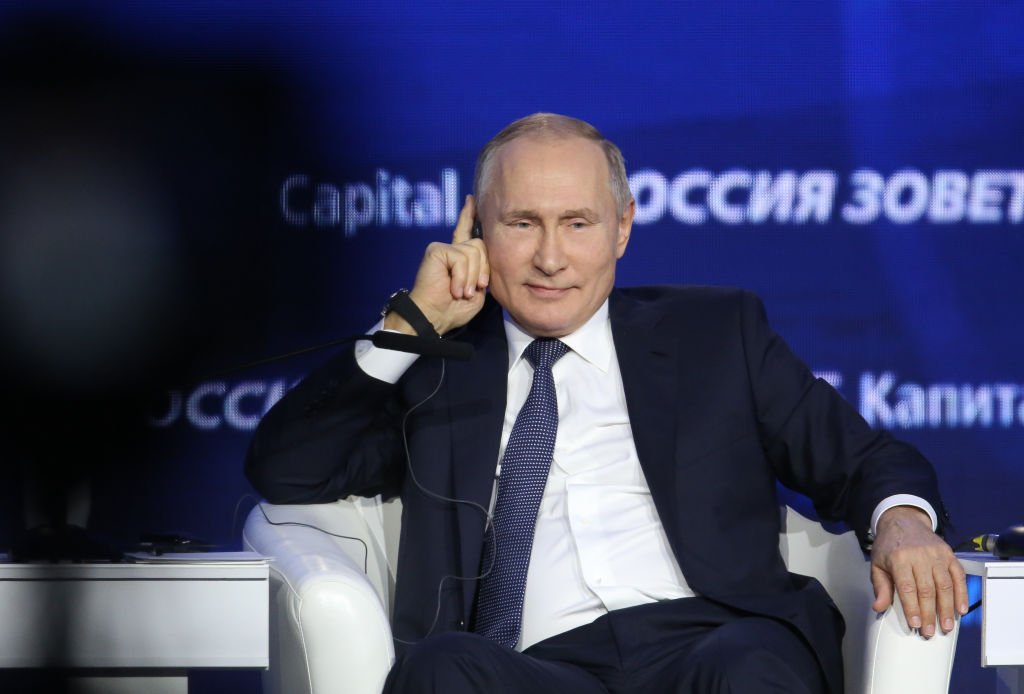 A draconian new law could make it much easier to end up at the mercy of the tax bureaucracy, police and internet censors.

Since Monday, Russians who post links to foreign media content can be branded “foreign agents” and systematically, and legally, harassed by the country’s fearsome bureaucracy and law-enforcement system. The law, quickly passed by parliament and signed by President Vladimir Putin, comes a little more than a month after Maria Butina, the gun advocate convicted in the U.S., returned to Moscow after spending 15 months in a U.S. prison for acting as an unregistered foreign agent.

Russia had already had a foreign agent law since 2012. It was used against nongovernmental organizations that received foreign funding. These groups were banned from participating in “political activities” (such as election monitoring), subjected to exhaustive government audits and forced to accompany all their external communications with a humiliating disclosure of their “foreignness.” Many nonprofits have folded under government pressure. Dozens of complaints about the law have been lodged with the European Court of Human Rights in Strasbourg, but it is yet to rule on them.

A small number of media organizations — for now, just those funded by the U.S. Congress, such as Voice of America and Radio Liberty — have been designated as foreign agents, too.

The new law makes it possible to apply the foreign agent label to individuals, specifically to those who spread content from media or other organizations determined to be foreign agents and who receive any kind of funding from a foreign or foreign-financed source. An employee of, say, the human rights group Memorial, or simply the recipient of a relative’s wire transfers from abroad, has only to post on Facebook a link to a Radio Liberty story for the law to apply.

That person then will land on a special list of “agents” and will be obliged to register as a company so that his or her funding is transparent to the state. A Russian journalist working for Voice of America also becomes a foreign agent under the law.

The Russian Justice Ministry needs only to decide that other foreign media organizations are agents for numerous Russians, who work for them or share their stories, to become officially suspect — and marked as such for the tax bureaucracy, the police and the internet censorship agency that can block websites.

Failure to register, open a company or mark one’s stories or posts as coming from a foreign agent will be punishable by a yet-undetermined fine.

Andrei Klimov, one of the drafters of the law, recently told the government-owned daily Rossiyskaya Gazeta:

Unlike our foreign counterparts, we envisage no criminal liability. We don’t grab people, we don’t toss them into torture chambers, like some other countries that do it for five or fifteen years. We are capable of getting results with administrative measures.

It’s clear from his comment that the Russian law is a response to the sudden prominence of foreign-agent registration, a previously obscure requirement best known to professional lobbyists, in the Donald Trump-Russia investigations of special counsel Robert Mueller. He had political operatives Paul Manafort and Rick Gates indicted for violating the Foreign Agent Registration Act of 1938, previously a laxly enforced law.

Butina was charged under a different though similar statute, which also requires foreign agents to register with the U.S. government. Even U.S. officials sometimes confuse the regulations, and it’s not easy for a layman to understand what actions make one a foreign agent under them.

Butina, for example, was sentenced to 18 months for trying to establish contacts with Republican operatives and National Rifle Association members on behalf of a Russian Central Bank official who may have wanted to set up a back channel between the Kremlin and the Republican elite in the U.S.

Putin was annoyed by the Butina case. “They grabbed the girl, put her behind bars, and they had nothing to show for it,” he commented after her sentencing.

In the U.S., an agent must do things at the behest of a foreign official. In Russia, it’s enough to receive money from any foreign source and to spread undesirable content to be branded an agent — a legal novelty that Russian constitutional lawyer Ilya Shablinsky condemned in his analysis of the new law.

To me, however, foreign-agent registration laws make little sense in either form — the U.S. one or the Russian one. Spying is a rather clearly defined crime that, deservedly, carries a heavy punishment the world over.

But various forms of “espionage lite” are nebulous enough to be used by overeager officials to make political points and strike tit-for-tat blows. Paranoia in the U.S. sets off Russian vindictiveness. This is not a virtuous cycle.