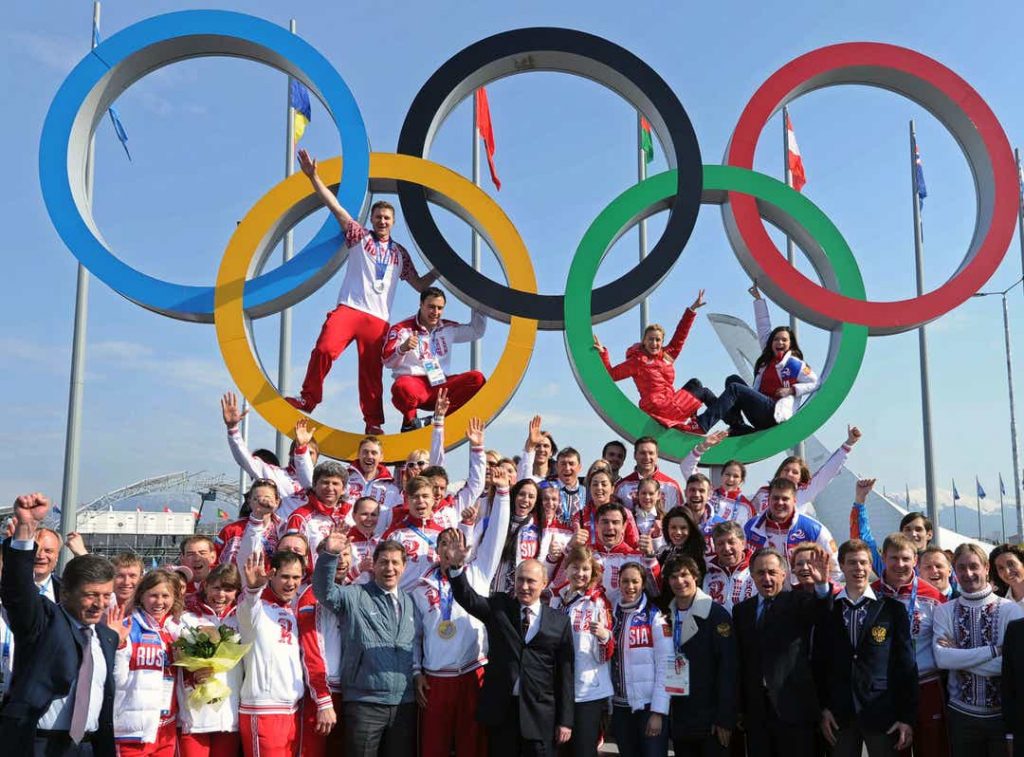 Olympic movement officials want you to know they are outraged at Russia’s latest efforts to cheat the system.

Not outraged enough to actually do anything, of course. But outraged nonetheless.

The World Anti-Doping Agency voted unanimously Monday to ban Russia from international sports for four years as punishment for doping. That means no Tokyo Olympics next summer, no Beijing Games, no World Cup in 2022.

Read the fine print, though, and you’ll see the decision is a smokescreen, more kowtowing to Russia at the expense of clean athletes. This is not the blanket ban that athletes and many who actually care about fighting doping had called for, but rather a farce that allows Russia to compete in all of the biggest events, albeit without its flag and anthem.

Russia also can appeal the “ban” to the Court of Arbitration for Sport, which means the punishment could be weakened even further.

“I would have preferred to support a blanket ban today,” Linda Hofstad Helleland, WADA’s vice president, said in a speech to the body Monday. “Unless we impose sanctions that really wake Russian leaders up, hold them accountable and make them acknowledge the facts — how can we be sure that the system will ever change?”

32 THINGS WE LEARNED: All the takeaways from Week 14 in NFL

The short answer: It won’t. And why should it, when Russia can continue to make anti-doping and Olympic leaders look like suckers without there being any real consequences for it?

Technically, Russia also was banned from the Pyeongchang Olympics in 2018, with athletes who could “prove” they were clean competing instead as “Olympic Athletes from Russia.” The Russian flag was not raised when they won medals, and the Russian anthem was not played when they won gold.

But that didn’t fool anyone. And it certainly didn’t dissuade Russia from cheating — at the Games or, in what prompted the latest episode of Groundhog Day, the Olympic version, after.

As part of a deal to get back in the Olympic movement’s good graces following discovery of a widespread, state-sponsored doping program that ensured it would win the medal count in Sochi, Russia was to turn over raw data from its Moscow lab by Dec. 31, 2018. The data would be used to corroborate prior doping cases, and ensure that the Russian athletes who’d been allowed to compete after the Sochi scandal was uncovered were actually clean.

Not only did Russia blow the deadline by two weeks, but WADA found that someone in the Moscow laboratory was still tampering with the data into 2019. The manipulation was meant, in part, to cover up the Russian government’s role in the scandal and instead place the blame solely on Grigory Rodchenkov, the architect of the doping program who has since turned whistle blower.

As if that wasn’t shady enough, WADA said the tampering will prevent it from pursuing cases against as many as 145 athletes. So that “Olympic Athletes from Russia” team that will be in Tokyo? Who knows how many of them will actually be clean.

But heaven forbid Russia should actually be punished. That Olympic and anti-doping officials should actually impose sanctions that send a clear message to President Vladimir Putin and his henchmen that their shenanigans to undermine international sport will no longer be tolerated.

“The world has to wonder which is worse, the original Russian fraud and robbery of medals and the rights (of) clean athletes or the extent to which the leaders of sport have bowed to the Russian money and influence in failing to adequately deal with this sullen affair years ago,” said U.S. Anti-Doping Agency CEO Travis Tygart, who was, rightfully, irate.

Human nature being what it is, there will always be doping in sports as athletes look for any kind of edge. No country, including the United States, is immune, as Lance Armstrong and Marion Jones showed us.

But those were individual athletes. This was a sophisticated doping program imagined and implemented by officials at the highest levels of the Russian government. And almost six years after Sochi, they’re still at it.

If that doesn’t merit a complete ban, what will?

“The actions taken today are good. They are right. They are inadequate,” said John Rosen, CEO of USA Bobsled and Skeleton, which just three weeks ago celebrated four of its athletes getting their Sochi medals upgraded because of Russian doping.

That is what, too often, gets lost in all of this. This isn’t just about Russia flouting the rules. It’s about the hundreds of athletes who resist the temptation to take shortcuts, who believe in the ideals of fair play.

Sure, some of them, like Steve Holcomb and his bobsled teammates, eventually get their rightful medals. But they can never get back that moment of celebrating a lifetime’s worth of sweat and sacrifice when the whole world is watching.

“Until these critical abuses of integrity in sport are confronted with courage and a resolute commitment to protect athletes and clean sport, they will continue, and the sports we love remain tarnished,” nine members of WADA’s Athlete Committee said Sunday, announcing that they had asked for a complete ban.

Russia spent $51 billion on the Sochi Games. But Monday’s decision was a reminder that the real cost was the Olympic movement’s integrity.