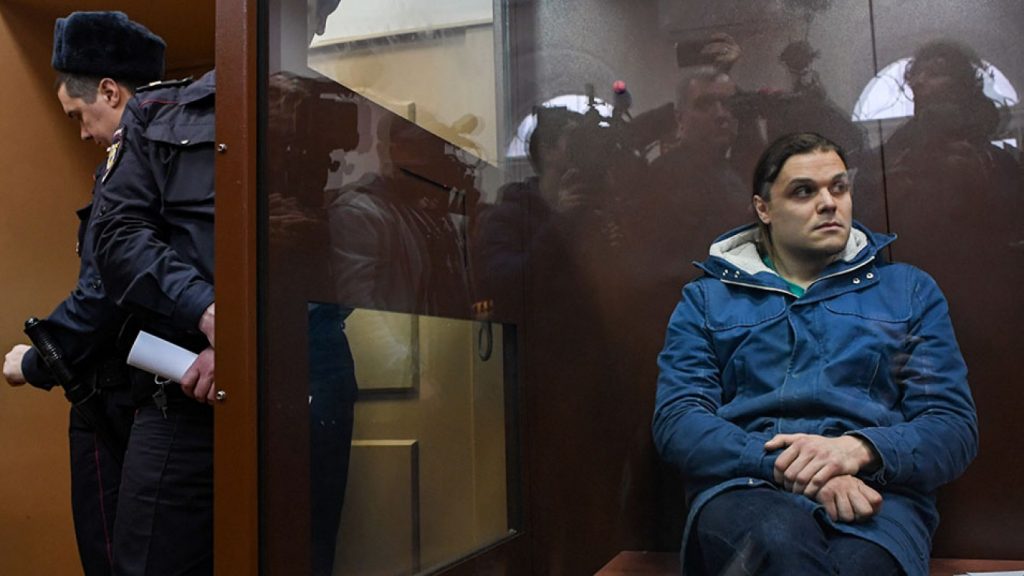 A Moscow court on Friday placed a new protester under arrest until Jan. 27 on suspicion of assaulting police at this summer’s anti-government rallies, the latest prosecution under the so-called “Moscow Case.”

Russians took to the streets nearly every weekend this summer after a slew of opposition politicians were barred from taking part in Moscow’s local election. Thousands were briefly detained and dozens arrested on criminal charges at the rallies, which grew into the biggest sustained protest movement in the Russian capital in years.

The “Moscow Case” has sparked strong public outcry, with critics calling the protesters’ prosecutions unjustified and decrying what they say are disproportionately harsh prison sentences.

A total of 29 people have at one point been prosecuted under the so-called Moscow case. Seven people have been convicted and 15 others remain under investigation.

Here’s what we know about the new defendants. Click here and here for past updates.

Eduard Malyshevsky, 47, detained Aug. 30, faces up to five years on suspicion of assaulting a police officer after kicking a police bus window. Malyshevsky is a repairman.

Sergei Surovtsev, 30, faces up to five years on suspicion of assaulting a police officer after being filmed pushing a crowd-control fence. Surovtsev is a software engineer.

These are the defendants who have since been released:

*Aidar Gubaidullin was released, then charged with a second criminal offense of assaulting police. A court placed him under arrest in absentia after he fled to Lithuania in October.

Trials and preliminary hearings are meanwhile in full swing for protesters still facing charges, including Malyshevsky.