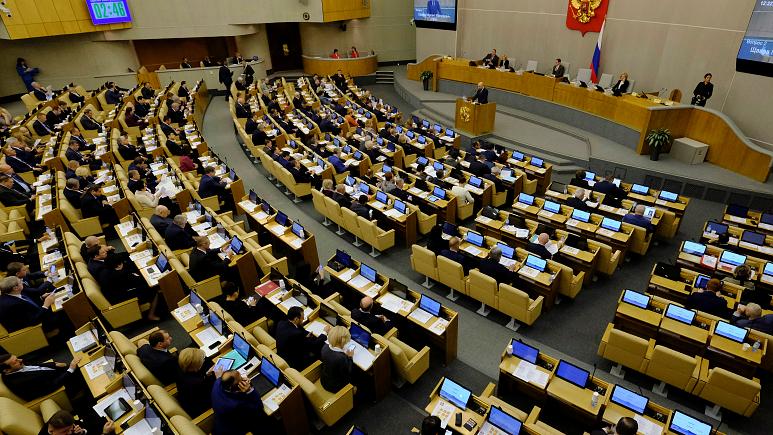 Russia’s lower house of parliament voted on Thursday to back legislation that would allow the government to label ordinary people “foreign agents” if funded by foreign organisations.

“The law applies to any person, so literally it means that there are ‘foreign agents’ around us,” said Mikhail Fedotov, a professor at the Higher School of Economics and author of the 1991 media law in Soviet Russia.

Those who oppose the law say it will be used to target independent journalists and Kremlin critics.

“The next step is to mark them physically so that it is clear who these people are on the street as well,” said Lev Ponomaryov, head of Movement for Human Rights.

“We know very well that the Ministry of Justice has long been a repressive body to fight against independent opinion, human rights defenders and political opposition.”

Alexei Vishnevetsky, Deputy Chairman of the Russian Union of Journalists, had a different take on the law.

“Our information field must be regulated. It is not a question of closing the information field, it’s not like what Western countries do by denying accreditation to Russian journalists or blocking Russian television channels. This is a matter of identifying registration, nothing more,” he said.

The law follows a 2017 law that allows the government to designate foreign media organisations as conducting the functions of a foreign agent prompted by a U.S. request to have Kremlin-backed RT register as a foreign agent, according to Human Rights Watch.

“The US government’s misguided decision to request for RT to register [as a foreign agent] gave the Kremlin a platform to retaliate, and they have done so with a full-throttle attack on media freedom,” Hugh Williamson, the human rights organisation’s Europe and Central Asia director, said in a statement in 2017.

Organisations that receive foreign funding have had to register as foreign agents in Russia since 2012.

The draft legislation on individuals will have to be passed by Russia’s upper house of parliament and signed by President Vladimir Putin in order to become law.